All the press clippings and media news about Studymalaysia.com are as listed below: 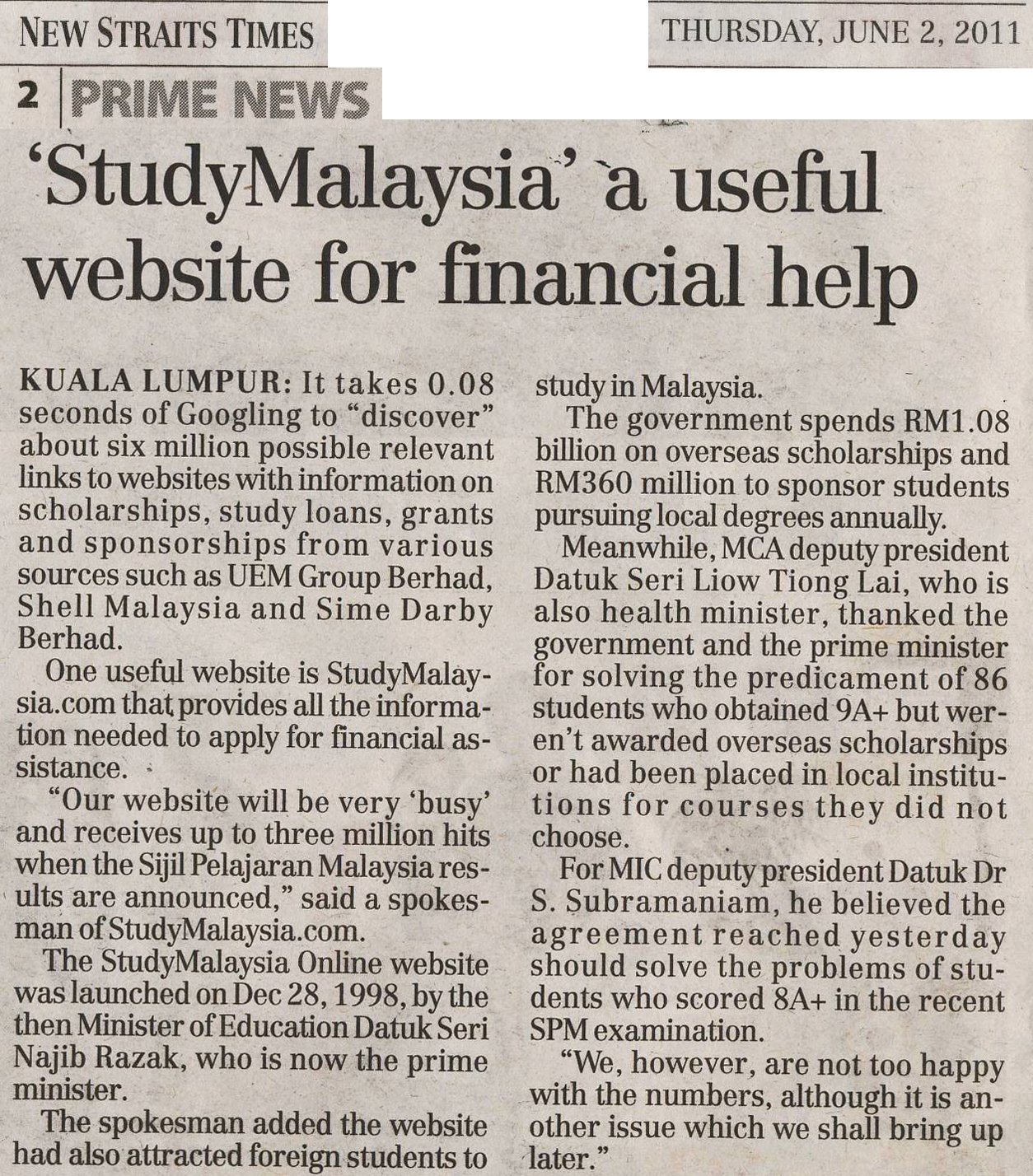 KUALA LUMPUR: It takes 0.08 seconds of Googling to "discover" about six million possible relevant links to websites with information on scholarships, study loans, grants and sponsorships from various sources such as UEM Group Berhad, Shell Malaysia and Sime Darby Berhad.

One useful website is StudyMalaysia.com that provides all the information needed to apply for financial assistance.

"Our website will be very 'busy' and receives up to three million hits when the Sijil Pelajaran Malaysia results are announced," said a spokesman of StudyMalaysia.com.

The StudyMalaysia Online website was launched on Dec 28, 1998, by the then Minister of Education Datuk Seri Najib Razak, who is now the prime minister.

The spokesman added the website had also attracted foreign students to study in Malaysia.

Meanwhile, MCA deputy president Datuk Seri Liow Tiong Lai, who is also health minister, thanked the government and the prime minister for solving the predicament of 86 students who obtained 9A+ but weren't awarded overseas scholarships or had been placed in local institutions for courses they did not choose.

For MIC deputy president Datuk Dr S. Subramaniam, he believed the agreement reached yesterday should solve the problems of students who scored 8A+ in the recent SPM examination.

"We, however, are not too happy with the numbers, although it is another issue which we shall bring up later."