For prospective students choosing a university, some may be interested to know how a university fares in the eyes of employers all over the world in terms of the employability of its graduates. Which university has come up tops this year?

About 4,500 recruiters in 20 different countries were interviewed to produce a global picture of a unique ranking; one that reflects today's best universities in terms of the employability of its graduates. The Global Employability University Survey differs from others by focusing less on academic achievement in terms of research and development, and more on the working skills of graduates. This ranking is a valuable tool for employers, as well as for educational establishments and students.

So which university has the #1 ranking this year? The University of Cambridge has topped the list in this annual global ranking that measures universities' performance on graduate employability.

There are 42 American universities on the list, followed by 13 universities from Great Britain, 10 from France, eight from Germany, seven each from China and Switzerland, six each from Canada and Japan, five each from India and the Netherlands, and four each from Australia, Hong Kong and South Korea. 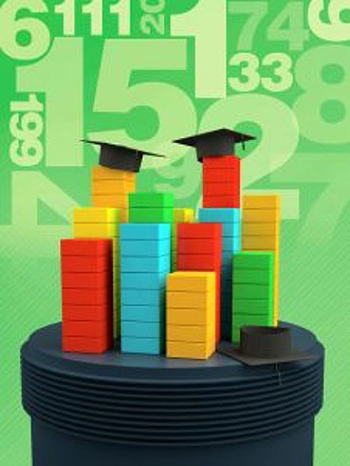 Another lead is that universities with a focus on the STEM (science, technology, engineering and mathematics) spectrum of subjects tend to do much better in this ranking. Massachusetts Institute of Technology (MIT) and its fellow US STEM specialist the California Institute of Technology (Caltech) have gained five places this year and there has been a rise in the technological institutes in Germany and Scandinavian countries. In general, the universities that have some form of technical expertise or specialisation fared better this year.

Published in the International New York Times, the list is compiled by French human resources consulting group Emerging Associates together with German polling institute Trendence. The ranking was established with the combined votes from two panels with a total of 4,500 respondents. The first panel was made up of 2200 recruiters who were asked to select from a list of their local universities which in their opinion produced the best recruits. Those who recruited internationally were also asked to vote on a global ranking from the list of the 2013 Global Employability University Ranking.

The second panel was made up of 2,300 CEOs and Chairs selected from the top 1000 companies in 20 countries who were asked to vote from a list of universities appearing in the local and global rankings. The 20 countries who took part in this survey were Australia, Brazil, Canada, China and Hong Kong, France, Germany, India, Italy, Japan, Morocco, Mexico, the Netherlands, Poland, Russia, Singapore, Spain, Switzerland, Turkey, the United Kingdom, and the United States. 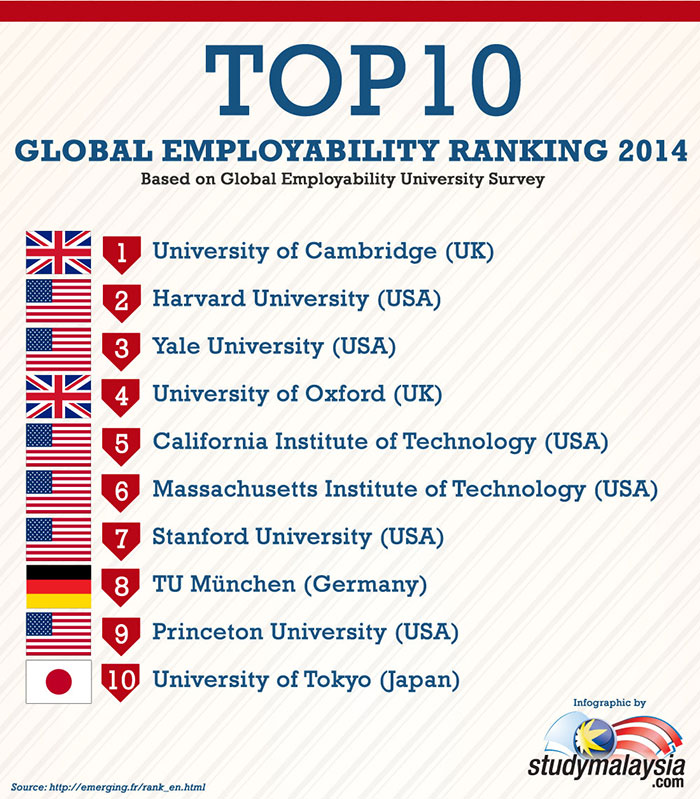 This survey also revealed that 60.7% of respondents believed that a global university model is going to arise. “On the whole, the results of this year's survey and the ensuing ranking confirm that ‘global' is the key word for tomorrow's university,” says Laurent Dupasquier, Associate director of Emerging.