Why choose Malaysia for your bachelor 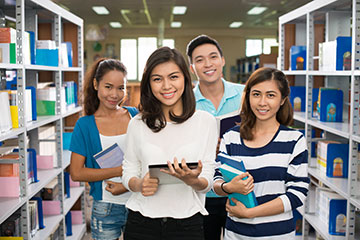 Malaysia is a pioneer in this region in the development and promotion of transnational bachelor degree programmes. Since the early 1980s, Malaysia has collaborated with reputable universities from countries like the UK, the US, New Zealand and Australia.

The establishment of foreign university branch campuses in Malaysia (offering courses ranging from bachelor degrees to postgraduate levels) as early as 1998 is another effort by Malaysia to be a pioneer in higher education in this region. Together with home-grown private universities, a diverse range of bachelor degree programmes have been created by PHEIs for international students like you.

PHEIs provide a wide spectrum of quality study options for students who intend to pursue bachelor’s degree programmes in Malaysia at a competitive cost. These options include:

Collectively, PHEIs in Malaysia offer you many choices that suit your interest, budget, academic needs and career aspiration.

Many Choices of Higher Education Institutions in Malaysia

There are two categories of higher education institutions (HEIs) under the jurisdiction of the Ministry of Higher Education (MOHE) Malaysia:

There is a large pool of institutions to select from in your pursuit of higher education. Presently, the student population in Malaysia is more than half a million.

Number of higher education institutions in Malaysia as at June 2016


Sources for this article include: