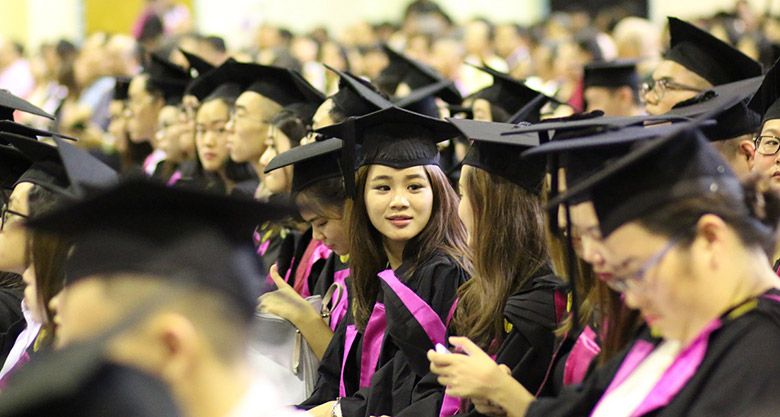 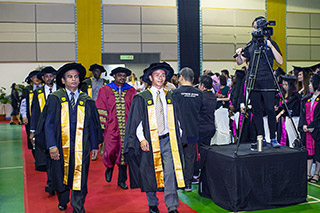 Both ceremonies were held at the university’s 1,500-capacity Recreation and Event Centre and attended by family members and a long list of dignitaries, including Andrew Goledzinowski, the Australian High Commissioner to Malaysia, and a high-level delegation from Curtin University in Perth that included Acting Chancellor Sue Smith, University Council member Steve Scudamore, Vice-Chancellor Professor Deborah Terry, Deputy Vice-Chancellor – International Professor Seth Kunin, and others.

A further 13 students of the Faculty of Humanities received undergraduate degrees in Mass Communication and 24 received postgraduate qualifications in Project Management. 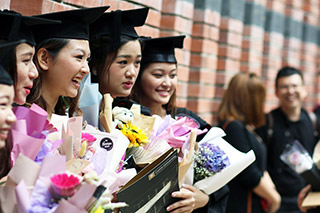 True to Curtin Malaysia’s status as Curtin University’s largest international campus and global hub in Asia, with a strong international focus and students from across the world, the graduating students were from a wide range of countries, including Malaysia, Afghanistan, Australia, Bangladesh, Brunei, China, Fiji, India, Indonesia, Maldives, Myanmar, Pakistan, The Philippines, Singapore, Sri Lanka, the United States and Vietnam, in addition to five countries in the Middle East, and four in Africa. 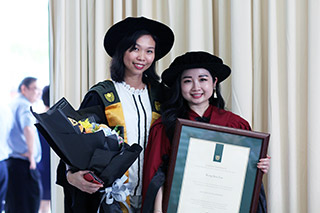 Coinciding with the graduation ceremonies was an equally glittering Awards Ceremony at the Miri Marriott Resort & Spa that evening, where high-achieving students of the university were presented university and industry-sponsored awards for academic excellence, outstanding extracurricular activities and community service.

According to Curtin Malaysia’s Pro Vice-Chancellor, President and Chief Executive, Professor Jim Mienczakowski, the graduation and awards events were also occasions for the university to celebrate some of its latest achievements.

They include new developments in research, renewal of its Tier 5 (Excellent) rating in the SETARA rating system for the fourth consecutive time, introduction of new learning technologies and spaces in line with Curtin’s transformative learning initiatives, and an expanding regional footprint as Curtin’s global hub in Asia through strategic partnerships and collaborations.

Curtin University is now recognised as being among the top one per cent of universities in the world according to the 2017 Academic Ranking of World Universities (ARWU), as well as the university which has progressed more rapidly in major international rankings than any other Australian institution in recent years. 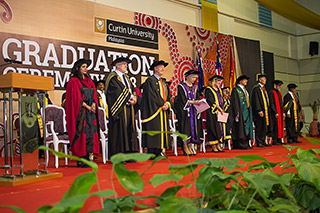 Curtin Malaysia offers the same world-ranked and internationally-accredited courses and degrees as its Australian parent. Furthermore, most of the courses are accredited by professional bodies nationally and internationally, including Engineers Australia and the Engineering Accreditation Council of Malaysia for its engineering courses, and the Association for the Advancement of Collegiate Schools of Business (AACSB) and other international bodies for its business offerings.

Established in 1999 in partnership with the Sarawak State Government, Curtin Malaysia is one of the largest foreign branch campuses in the world. Occupying a sprawling 1,200 acre campus in Miri, it has the conducive environment and comprehensive facilities for a full university campus experience. Its students come from over 50 different countries, making it a very international and culturally-diverse campus, and academic staff from over 15 countries further strengthen its global focus.