Miri – 23 April 2019 – Curtin University Malaysia (Curtin Malaysia) will be marking a significant milestone as it hands out Curtin University testamurs to 735 graduating students – its largest-ever graduate cohort – at its 2019 graduation ceremonies this Saturday.

This milestone is especially significant as Curtin Malaysia marks its 20th anniversary this month. Its inaugural graduation ceremony in its founding year of 1999 was for its first cohort of foundation students. Its first degree graduation was held in 2002 for its pioneering batch of commerce students.

2002 also saw the graduation of its first cohort of MBA students and the official opening of its permanent campus in Senadin. Curtin Malaysia had been operating at a temporary campus in Riam Road here until then. Meanwhile, in 2003, its first engineering students graduated.

The number of graduates has been growing steadily each year since, and last year, Curtin Malaysia saw the graduation of its second-largest graduate cohort of 682 students. 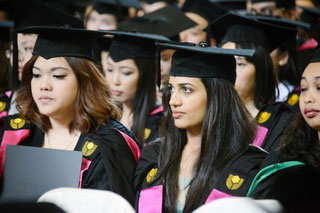 This year’s graduates will comprise 310 undergraduate and postgraduate students from its Faculty of Business, 39 from the Faculty of Humanities, 380 from the Faculty of Engineering and Science, and six from the Curtin main campus in Perth who have chosen to receive their scrolls in Malaysia. 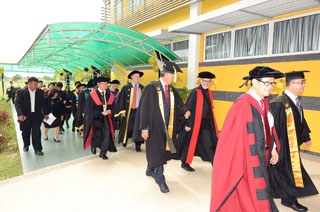 305 undergraduate students from the Faculty of Business will be receiving Bachelor of Business Administration degrees, and Bachelor of Commerce degrees with single and double majors in accounting, finance, banking, entrepreneurship, marketing, management, public relations, and tourism and hospitality. Meanwhile, two postgraduate students will receive Master of Philosophy degrees in management and three will receive Doctor of Philosophy degrees in business.

This year’s graduation ceremonies will see one of the highest numbers of postgraduate graduates ever, 48 in total. Curtin Malaysia has produced over 7,000 graduates over the past 20 years, including 47 PhD graduates. 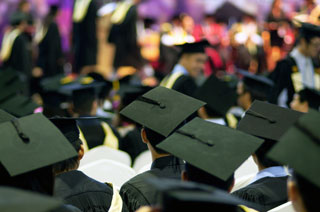 True to Curtin Malaysia’s status as a global campus with a strong international focus, the graduates this year come from countries across the region, including Malaysia, Bangladesh, Brunei, China, Myanmar, India, Indonesia, Iran, Maldives, Pakistan, Papua New Guinea, Sri Lanka, Thailand, Turkmenistan and Vietnam. They also come from the Middle East and Africa, from countries like Egypt, Oman, Saudi Arabia, Ghana, Kenya, Nigeria, Seychelles, Sudan and Zimbabwe, as well as from Australia and the United States.

Following the graduation ceremonies will be the 2019 Curtin Malaysia Awards Ceremony in the evening where high-achieving students will be presented university and industry-sponsored awards for academic excellence, outstanding extracurricular activities and community service. 23 companies and individuals including Datuk Patinggi Tan Sri Dr. George Chan and Datuk Lee Kim Shin are among the sponsors this year

According to Professor Mienczakowski, while the graduation and awards events are always occasions to celebrate Curtin Malaysia’s achievements, its 20th anniversary this year makes the celebration of its accomplishments over the years all the more significant.

They include an ever increasing number of awards being won academics and students; its continued campus expansion, growth in student and academic staff numbers; the continued enrichment of the student experience through enhancements in facilities and campus life; and new developments in teaching and learning and research. 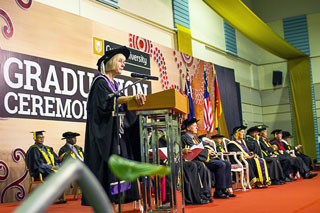 Curtin Malaysia has also been highly successful in the renewal of the professional accreditation of its courses and its Tier 5 (Excellent) rating in the SETARA rating system for the fourth consecutive time.

The introduction of new learning technologies and spaces in line with Curtin’s transformative learning initiatives, and an expanding regional footprint as Curtin’s largest international campus and global hub in Asia through strategic partnerships and collaborations, have also been key to success.

Established in 1999 as a joint venture between Curtin University and the Sarawak government and local stakeholders, Curtin Malaysia is sited on a 1,200 acre campus with the conducive environment and comprehensive facilities to provide a full university campus experience.

With over 4,000 students from over 50 different countries, it is a very international and culturally-diverse campus, and academic staff from over 15 countries further strengthen its global focus.

This aligns well with Curtin University’s image as a global university with campuses in Western Australia, Malaysia, Singapore, Dubai and Mauritius, and strategic links with over 130 partner institutions across the world.

Curtin is recognised as being in the top one per cent of universities worldwide in the 2018 Academic Ranking of World Universities (ARWU), as well as the university which has progressed more rapidly in major international rankings than any other Australian institution in recent years.