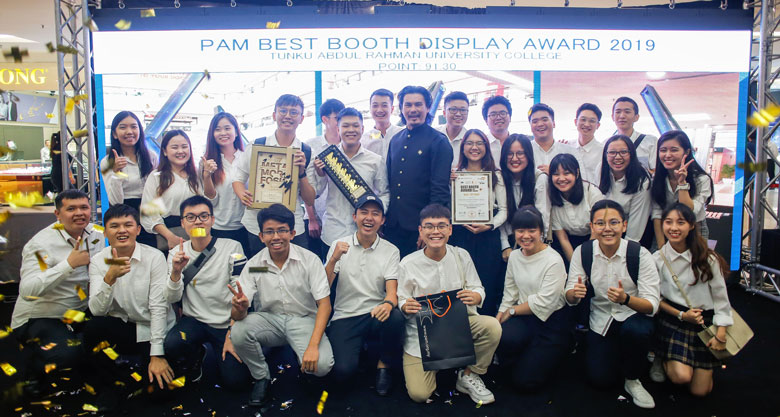 What a moment it was, a moment of pure joy for 40 Tunku Abdul Rahman University College (‘TAR UC’) students when their team was announced as the winners of the Best Booth Award at the Pertubuhan Arkitek Malaysia Annual Architecture Student Works Exhibition 2019 (‘PAASWE19’).

Thanks to their creativity and resourcefulness, the TAR UC team defeated teams from 20 other institutions of higher learning at the competition held from 2 to 6 October 2019. This was the fifth time that TAR UC had won this award in six consecutive years of participation.

TAR UC students also took the first place in the Sketching Competition (whereby competitors were required to sketch a piece of architecture structure on an A3 size drawing block within 2.5 hours) and second place in the Stick Structure Competition (whereby competitors were required to create and build an artwork using the materials provided).

This year, the theme given by Pertubuhan Arkitek Malaysia was ‘Metamorphosis’, comprising a concept that showcases the evolution of facades with the times. The concept also represents the different stages of evolution in Malaysian architecture.

The students had three weeks to prepare for the competition. In the first week, they brainstormed on the design with their lecturers. The second and third weeks were spent fabricating the main components of the exhibition booth and model exhibits at TAR UC’s architecture studio and workshop. The components were subsequently transported to the exhibition venue for final assembly. 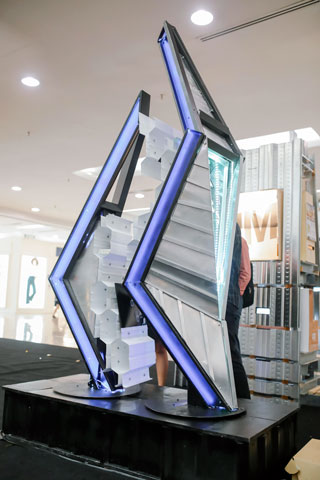 Team leader Lim Jin Shyang and his teammates were inspired by the previous wins by his seniors to achieve this win. “The previous accomplishments of TAR UC architecture students were the main motivation for us to win this competition. We felt that it was our responsibility to uphold the TAR UC name and retain this momentous achievement, and this spurred us to achieve victory this year.”

Jin Shyang went on to praise the lecturers and facilities at TAR UC which helped them to achieve this win. “TAR UC provided a comfortable and suitably equipped environment for us to work on our project. The studio was an excellent platform for us to interact and communicate directly, and this promoted a real sense of cooperation. Our lecturers were also very supportive of us, constantly giving us positive support and useful advice.”

“The main challenges for us were time and manpower. As the competition was held right after a hectic semester, we had limited time to complete constructing the structure,” Jin Shyang said. ‘Much brainstorming was required to build the most ideal 1:1 scale booth, and we had to divide the individual tasks according to each team member's capability. But in the end, we succeeded and managed to achieve this triumph for TAR UC!”

In the Sketching Competition, Wei Liang came up with a winning drawing that stood out from the rest of the entries. “Details and dark tones are my speciality, and I chose to use ink as a medium for quick and bold lines. I have always been interested in detail hatching and dark tones using lead as a primary medium.

Therefore, I chose a picture reference with a fair amount of appropriate details,” Wei Liang said.

In the Stick Structure Competition, Hui Qi constructed a mini artwork using ordinary satay sticks. “The theme given by the organiser was ‘House for All’. My structure is based on that theme, with the overlapping and interlocking sticks representing the idea of multiple interactions among individuals, with the spaces in between the sticks representing interaction spaces.”