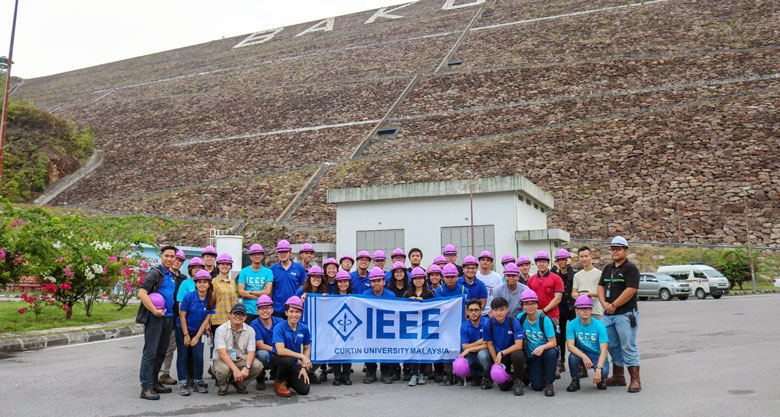 Welcoming the group on arrival was Bakun HEP Station Manager Ir. Jonny Wong Kwei Ji and his team. Following a briefing on the dam and its operations by Wong, the students were taken on a tour of the dam structure where they learned about its components such as the reservoir area, power intake structure, spillway, power tunnels and powerhouse.

From the dam, the group proceeded to Uma Belor Leo Dian, a Kayan longhouse community about two hours away featuring the longest uninterrupted longhouse structure in Sarawak, for an overnight stay. At the longhouse, they were feted to dinner and cultural performances by the longhouse folk.

The following day, they joined the longhouse folk for a gotong-royong to clean the longhouse surroundings as part of the community’s efforts to prevent the spread of dengue in the area.

Vice-President of the IEEE-IAS Student Chapter of Curtin Malaysia, Alvin Lau Siew Nam, said he found the Bakun Dam site visit very insightful as it enabled him to understand hydroelectric dams better, particularly the technology that goes into constructing and operating them. 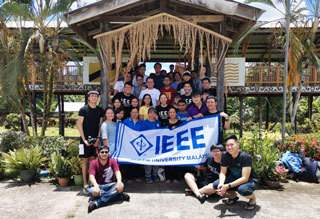 Meanwhile, fellow member and co-head of the IEEE-IAS Student Chapter of Curtin Malaysia newsletter team, McLauren Abel Marcus, also remarked that the overall experience was highly beneficial as he not only learned about the operations of a massive hydroelectric dam, but also the lifestyle and culture of Sarawak’s indigenous people through the longhouse stay.

Associate Professor Garenth Lim, who is academic advisor to the IEEE-IAS Student Chapter of Curtin Malaysia and accompanied the students on the study visit, commented that such study visits give students valuable insights into real-life industrial applications of concepts and theories learnt in the classroom. He said that it is only by going on-site and observing first-hand that they are able to truly understand and appreciate what they learn in their studies.

Curtin Malaysia’s Faculty of Engineering and Science and various student-run academic clubs have been organising study visits to the Bakun Dam every year since it was completed in 2011. This latest visit followed one organised by the Curtin Civil Society (CCS), Curtin Malaysia’s civil engineering society, in collaboration with its Curtin Highway Infrastructure Research and Innovation Hub (CHIRI) and Department of Civil and Construction Engineering, earlier in the year. 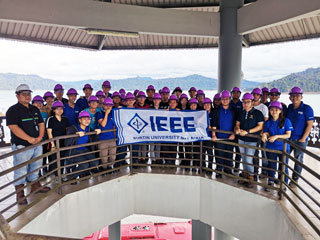 Curtin Malaysia offers Curtin’s 4-year Bachelor of Engineering (Hons.) in Electrical and Electronic Engineering that provides students with fundamental and state-of-art knowledge relevant to industry with theory, computer simulation and practical components. It is taught by experienced teaching staff, many of whom have extensive industrial experience, and benefits from strong collaboration with industry players. More information on the course can be found at https://courses.curtin.edu.my/courses-and-study/.

The Bakun Dam is located in central Sarawak, on the Balui River, a tributary of the Rajang River some 60 kilometres east of Belaga. Owned and operated by Sarawak Energy Berhad (SEB), it is capable of generating 2,400MW and supplies power to energy-intensive industries in the Samalaju Industrial Park 60 kilometres northeast of Bintulu.