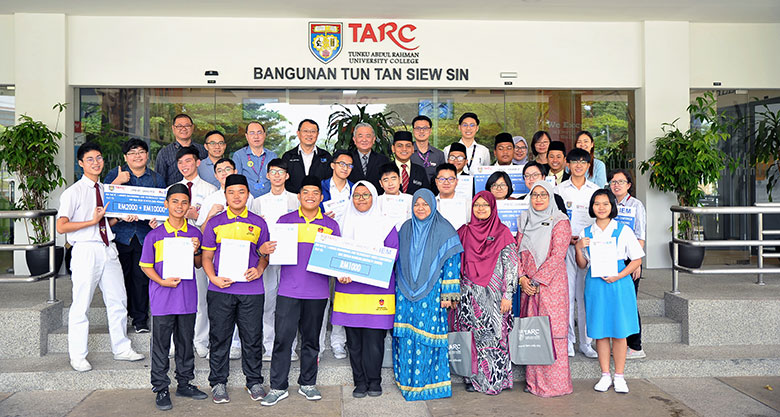 The inaugural Institute of Engineers Malaysia (‘IEM’) – Tunku Abdul Rahman University College (‘TAR UC’) 1-Minute Engineering and Technology Video Competition had a good start with 55 submissions from 28 secondary schools nationwide, including Sabah and Sarawak. The collaborative event between IEM and TAR UC aimed to increase secondary school students’ interest in Science, Technology, Engineering and Mathematics or STEM through creative and innovative approaches. In this competition, participants were required to produce a 1-minute video on topics related to engineering and technology using their most used and trusted accessory, namely their mobile devices.

The competition was divided into Upper Secondary and Lower Secondary levels with two prize categories, namely the Main Prizes and Public Engagement Awards. Winners for the Main Prizes were chosen by a panel of judges after the closing date for video submission on 19 August 2019. Meanwhile, the winners for the Public Engagement Awards were selected based on the videos which garnered the most number of ‘Likes’ on TAR UC’s official Facebook and Instagram accounts as well as ‘Most Views’ on TAR UC’s YouTube channel between the end of August up to 31 October 2019.

TAR UC President Prof Ir Dr Lee Sze Wei was heartened by the success of the competition in achieving its aim. “This event is one of the many initiatives of IEM and TAR UC in promoting awareness among the younger generation on the importance of engineering and technology related skills and knowledge in this era of the Fourth Industrial Revolution. The response we received from schools are very encouraging and TAR UC will be working with IEM to organise this competition again next year,” he said.