No Horsing Around for This Interior Designer 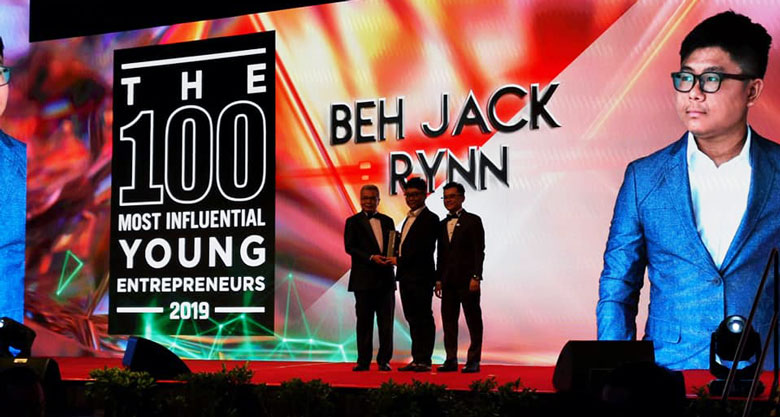 Beh Jack Rynn is the founder and Creative Director of Beh iDesign which was established in 2015. The interior design firm offers renovation services for both residential and commercial premises. Within its first four years, Beh iDesign has grown into a force to be reckoned with in the interior design industry. His self-made success and astounding accomplishments earned him a place among the ranks of The 100 Most Influential Young Entrepreneurs of 2019, an initiative that acknowledges bold, creative and innovative young entrepreneurs who excel in their industry and set the standards of Malaysia’s enterprising spirit.

Beh’s interest and passion for interior design began from a childhood spent watching his father make kitchen showroom cabinets for a living. He grew up with the dream of becoming an artist. When the time came, he embraced his father’s suggestion to pursue a career that combined both of his interests. Hence, he enrolled in the Interior Design programme at The One Academy.

After graduating, he started off as a freelancer before opening his own firm named after himself. He chose a horse as his company’s logo for its double representation; as his surname means ‘horse’ in the Chinese language and the animal motif signifies his belief that all design ideas are ultimately inspired by nature. His conviction to his trade has led him to become an accomplished interior designer in his own right.

His leadership quality has been ingrained since his schooling days, as recalled in a testimonial by a longtime friend whose first impression of him was that he was very active in extracurricular activities such as taekwondo and basketball. He was said to be very innovative and creative, as well as always thinking out of the box. He also possesses a sense of humanity and is ready to extend a helping hand to others.

A designer who looks forward to innovation and novelty, he tends to not do things the traditional way. In terms of his preferred approach, he is an advocate for simplicity and minimalism, translating into practical designs that offer a feeling of spaciousness. Having a broad understanding of the market, he customizes his designs according to clients’ needs and preferences, with his specialty being hidden doors that he tends to disguise as feature walls.

He believes that a good design is all about functionality, a sentiment which is clearly seen in the interiors he crafts – practical at heart while still appealing to the public. He views each project he is entrusted with as a valuable learning experience, by sparing time to study design elements he is unfamiliar with and looking for ways to incorporate them into his next project.