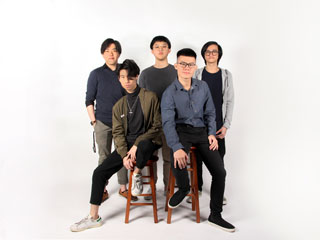 The ASIAGRAPH is a joint event of science, art and exhibition where Asian researchers and creators present most advanced technology and exhibit their works in order to further develop the Asian diverse and unique cultures as well as showcase the excellent and unique digital content created through a combination of art and technology.

‘Pit’ tells the story of The Boy who goes to retrieve his ball which had landed in a dark, scary-looking pit. Once inside, he encounters an unexplained situation that will ultimately shake his worldview.

Director Sean Yew Zi Xuan relayed that the story was inspired by his own childhood experience of having to retrieve a ball that had fallen into a ditch and gazing into the dark abyss feeling unsettled about something sinister looking back at him. He pitched this personal story to his team and it was soon translated onto the screens.

“Apart from the entertainment, the core message we tried to convey was that we should often take a moment to look around us and not take mother nature for granted. Even the filthiest places are the results of human negligence and it would be nice to make an eco difference for mother nature,” he said. “Also, never judge a book by its cover. There is a twist at the ending showing that due to how the creature looks like, it was feared and misunderstood,” said Sean.

Aside from a terrific plot, the visuals of the short is pretty captivating as the team had gone all out in perfecting the look and feel of it.

“We really wanted to push the visuals for this film. We looked up to our seniors a lot and how great their films were. In terms of visuals, we really explored a lot of different methods, rendering techniques, shaders used and texturing methods. There were many trials and errors that were hard on all of us, but we believed that we pushed it as much as we could with the time that we had. So we hope that our efforts are enough to impress the viewers,” said co-director Daniel Goh Wei Shen. 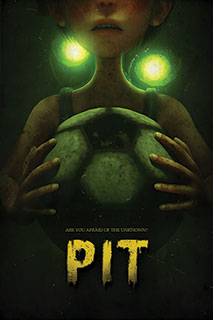 Borrowing inspiration from the likes of ParaNorman, Frankenweenie and Coraline, all animations that have dark themes, the character design for The Boy was not an easy feat. “We did a lot of exploration sketches based on the references. We struggled a lot but I think we did OK in the end,” said Leonard Ricky Santoso, the art director.

“As for The Creature, we all agreed on the design that most resembled a reptilian or a slimy creature, so we came up with a fluid motion for it when we were drawing the frames. With camera shots and angles given by the directors, we used our creativity to change on how the scenes should look and made it more cinematic,” explained storyboard artist, Adam Wong Chee Yuen.

All remarkable stories do not come to life without its fair set of challenges, and this rang true for these talented youth as well. “There were challenges in the technical aspects and issues that I’ve never encountered before. It was a lot of going through trials and errors and making sure that everything works. Things were pretty much a breeze after that,” shared Denzel Eu Yong Jie, the technical director.

It is exciting to see that the standards of animation in Malaysia is truly equivalent to that seen in the international scene. A huge congratulations to the team behind ‘Pit’ and here’s to many more fantastic projects from them!