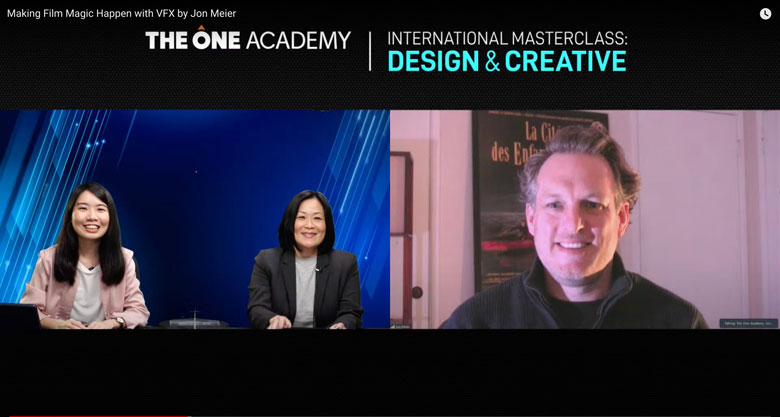 Visual effects, commonly shortened to VFX, is the term used to describe any imagery created, altered, or enhanced for a film or other moving media that cannot be accomplished during live-action shooting. Visual effects can be added to live-action scenes with captured techniques like matte painting, explosion, CGI characters and environments with photorealistic qualities. The rapid advancement of technology has made VFX, animation and games available to the masses, making this industry one of the fastest-growing segments in the global media and entertainment market.

In an effort to help boost the nation’s pool of talent in the VFX industry, The One Academy had invited Jon Meier, CG Supervisor at Tau Films to host his very own session during the recent Virtual International Design and Creative Masterclass.

Having worked on more than 30 films to date which includes favourites such as Life of Pi, Happy Feet, Hotel Transylvania, Jungle Book and many more, Jon has built up an impressive portfolio during his time in the field. He had entered the industry with no formal education in VFX, but made up his mind to learn as much as he could from those around him. Jon’s sharing provided an in-depth view into the VFX industry during which he imparted little nuggets of wisdom on how to create incredible work, the creative process and much more. 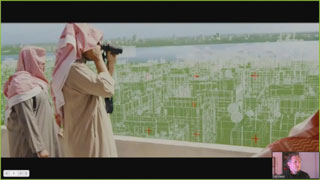 He kicked off the session giving a bit of a background on his entry into the world of VFX. The audience were treated to a viewing of his demo reel which consisted of iconic films such as Narnia, Garfield, Mr Popper’s Penguins and more. From an early age, he was interested in storytelling and narrative works as well as CGI. The turning point for him was the movie Jurassic Park. “As I was in high school, this movie Jurassic Park came out and I think something clicked with the movie and me that I am like ok, this is what I am going to do. For sure I wanted to work in movies and do computer generated images”, said Jon. He began playing around with software such as POV-Ray and Vistapro in his spare time to pick up some skills.

Jon also recalled how he faced many criticisms about his chosen field of work. “Many said no way! Don’t do that! Become an accountant or do something predictable”. He reflected on how it was the 1990s and there were no schools like The One Academy available to him at the time, so there was no clear degree for VFX or CGI. This meant he had to teach himself to be able to work in the industry. After college, Jon left San Diego and headed to Hollywood where the movies were being made.

His journey was not an easy one. In order to get into the VFX industry and work with one of the few companies who were offering it, he had to take up a range of odd jobs to sustain living in the city until he got his big break. These included gardening jobs and being an extra in movies. This allowed him to get a leg in the movie industry where he landed a job as an on-set production assistant before moving on to be an office production assistant and finally a visual effects production assistant. He recalled staying back regularly after office hours with other colleagues and learning the ropes of the VFX industry from them.

His first big project was Dr Doolittle where he assisted with the match moving. He went on to share with the attendees some key lessons he learnt from his time in the industry including how to navigate the field professionally. Work culture, managing a team and being an excellent leader are also some of the topics he touched on. His session covered what are the current and future opportunities that VFX offers which includes lighting, real-time sound design and capture as well as director of photography. 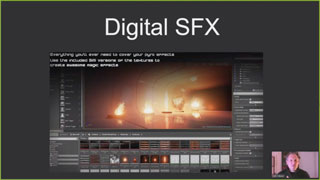 During the Q&A session, Jon went on to advise the participants on the key qualities they need to be an outstanding visual effects artist. “Resist when people tell you to be a specialist, maintain a passion on what you do but always test out new technology as they are constantly changing”. Urging them to step out of their comfort zones, Jon shared on how in the beginning, he did not want to animate hair, but over the past year he practised it and now sees that he was making it out to be more of a monster than it actually was. “I learnt how to groom hair in Houdini and now it brings me such joy and it also enabled me to make full characters which I could not do before”, he stated.

Jon also imparted key advice on the software used in the field, sharing insider tips and tricks to making the best animations. “Even though you might be making shorts when you are in school, once you get out of school, keep making shorts. Keep making things that come from your imagination as that will help you get better and better and better”, he said. He ended the session emphasising on the importance of learning from others as everyone has their individual strengths. 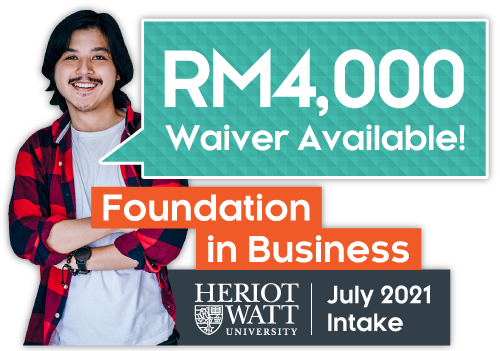