As the global creative industry reaches new heights, it is now more important than ever to help equip the young generation with the tools and skills they need to bring it even higher. In line with this, The One Academy has organised an upskilling virtual event where the attendees are able to learn from some of the world’s greatest creative minds. During this month-long initiative, eight international professionals from various creative sectors tuned in to share their expertise and insight on the world of art and design for three consecutive weekends.

Representing the field of animation, renowned BAFTA-nominated feature animations director Kyle Balda, best known for co-directing the films ‘The Lorax’, ‘Minions’ and working on the animation for ‘Jumanji’, ‘Toy Story 2’ and ‘Despicable Me’ was invited to speak on his priceless experience in the industry. Having been in this field for 30 years and counting, Kyle’s work is widely recognised and loved by those from all walks of life.

The 90-minute session titled ‘What It Takes to be An Animation Filmmaker’ was divided into four main topics namely ‘Getting Started’, ‘The Love of Cinema’, ‘The Process of Creating’ and ‘Ethics of Creating’. The masterclass kicked off with Kyle sharing on how his love for the animation industry came about. An avid fan of animation films from young, he was not aware of the career opportunities that the field brought before speaking to a family friend who also happened to be an animator at Disney Studios. “Until then, I wouldn’t even say it was a dream because it seemed so impossible, but I just got really lucky meeting the right person at the right time” said Kyle. 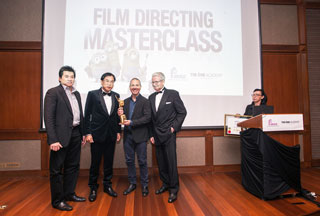 His advice to those interested in venturing into the field was to always be curious. “When you are talking about making films, you are talking about telling stories, and you know…you want to have some experience behind you, you want to have a lived life so that you can have something to say”. For those looking to someday be a Director, he emphasised the importance of having a point of view on something, as that is what makes one director unique from another. “You can have the same script and give it to several different directors and you will get a different movie out of each person because of their own unique way to tell that story and point of view” he added. Being open to experiences, learning and being curious about things is key to developing a point of view.

When asked if he has any films that have inspired him, Kyle replied with ‘101 Dalmatians’. He went on to say that as a 9 or 10-year-old watching it, he had been so impressed by the film that he returned home and tried to make a comic book of it so that he could keep living in the experience of it. It was also the movie that awakened his passion for animation. The session continued with him sharing more about the animation industry, processes and giving insight to the attendees on how to take a script and transform it into an excellent storyboard.

Speaking on managing fan expectations, Kyle said that it is always a good idea to give the fans something unexpected while still staying true to the character. “Work inside the space, but find new stories to take the character into places”. 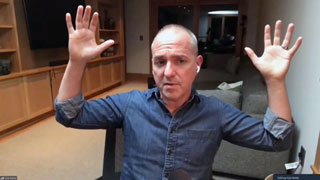 The session ended with Kyle reminding viewers to never stop creating, as it is only by practice they can learn how to be the best. “It is absolutely normal to have creative blocks, and if you didn’t then you are probably not trying hard enough. It is about failing, but about failing up where you learn something from it”. Drawing from his experiences, he explained that although you can watch other people do things, there will come a time where you have to do it yourself. So as soon as you start doing it, you will begin learning what it is about and sharpen your skills.

The One Academy is committed to providing the best art education programmes and continues to nurture its students passionately through its ‘Masters Train Masters’ coaching philosophy, which has been practised for over 30 years, by providing diploma and degree courses namely Advertising & Graphic Design, Digital Animation, Digital Media Design, Film Visual Effects, Interior Architecture & Design, Illustration, Fine Arts and Paris Fashion Design & Pattern Making. For more information on The One Academy, visit www.toa.edu.my or call (+603) 7875 5510 or e-mail your enquiries to [email protected]. 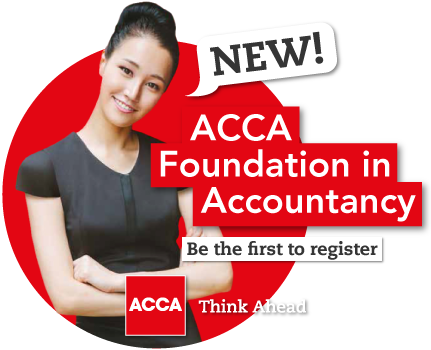