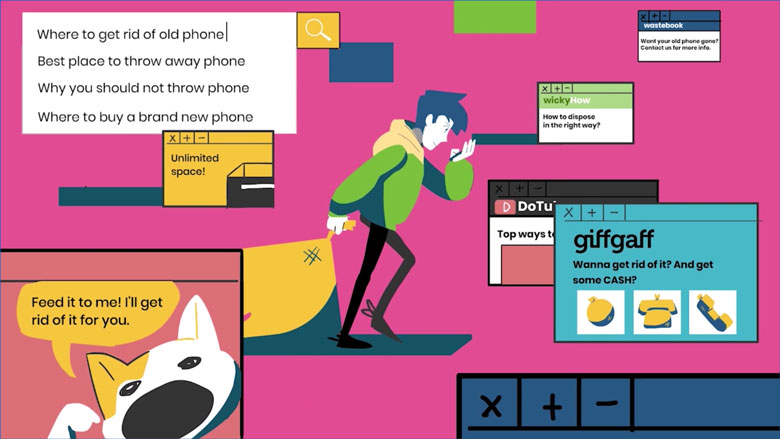 The D&AD Awards is a prestigious benchmark for creative excellence in design and advertising and yearly, thousands participate in the hopes of bringing a coveted Pencil home. This year, The One Academy students managed to bag not one but two Pencils under New Blood Awards, a special category for students, graduates and aspiring creatives. Michael Lim won a Yellow Pencil (Gold) for his work ‘Transmutation’ and Jessi Afiqa Saidi earned a Graphite Pencil (Silver) for her project ‘Dead Ringer’.

Their individual works was centred around telling the recycling story of giffgaff, a telco company based in UK. Using fresh ideas, eye-catching illustrations and extraordinary animations, these creatives wow-ed the panel of judges and emerged victorious.

Michael Lim recounts feeling unbelievable as the win came as a complete shock to him whereas Jessi Afiqa was surprised and overjoyed at the news.

“I didn't think I would receive anything out of the D&AD competition. After I submitted my entry, I thought that was it. But the time when they notified that I won an award really took me by surprise, I was ecstatic. It was the first time I've ever won something internationally”, said Jessi.

Touching on their preparation for the competition, both participants had their gameplan for it. For Michael, he spent some time alone during which he looked into the ideas again and again to create something exceptional. Jessi’s preparation involved a lot of revision as she had to learn the basics of animating with Adobe Animate. Along with some help from her lecturer as well as the Internet, she conquered this skill to emerge victorious!

The individuals also had to plan out their time well as they faced their fair share of challenges. Jessi was juggling her ongoing assignments on top of the competition, but that did not pose to be the biggest hurdle for her. “The biggest struggle for the animation part of the entry was timing itself. Given the very short amount of time to deliver the message across, it was a challenge to cram scenes together for the whole thing to make sense”, explained Jessi who is a perfectionist at heart.

Michael on the other hand, faced challenges on the idea conceptualisation process. It took him three tries before finally landing on the idea that fit the brief well and led to him winning the coveted Yellow Pencil. 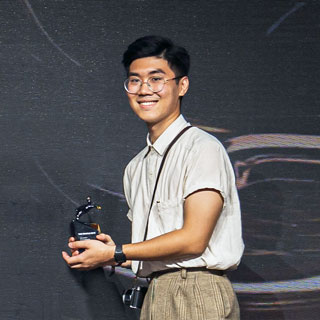 Expressing gratitude to the institution, Michael thanked The One Academy for all their help through the years. “TOA definitely gave me a lot of knowledges and educated me the importance of good idea with good rationale”, he said.

Truly inspiring creatives, the duo definitely exhibited driven passion for the field of art and design, but what made them choose this path in the first place?

“I chose to pursue graphic design because I wanted to be better at communicating a message that people could benefit from, in the form of art”, said Jessi who went on to say that she chose to pursue higher education at The One Academy upon hearing about them at an education fair at her high school, SMK Bandar Bintulu. Impressed by the students’ artwork featured in the brochures, she knew that this was the right field for her then and there.

Michael chose the creative path as it resonated with him and seemed a lot of fun. One of the most important lessons he learnt during his time in the field is to always listen to the advice of experiences people and use it to help you on your journey. Second, have a relaxing hobby that relates to your field, this way, when you need a break, you are able to relax as well as spark ideas. Finally, pay attention to everything around you because anything can be inspiration.

About inspiration, Michael stated that although his winning entry was not particularly inspired by anything, his love for sci-fi comic and movies from young inspired the execution of the project. For Jessi, inspiration for the D&AD Awards came in the form of Gobelins featured animations to Ted Eds animations and even some from YouTube's animation community. “One common feature that they have, and I looked up to in particular is how they are able to creatively communicate a message through hidden metaphors”, she said. 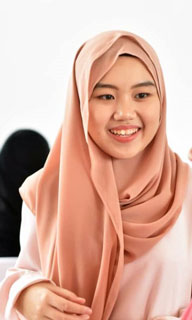 Jessi’s advice to the younger generation is simple, do not wait if you want to learn a new skill. The sooner you learn, the closer you are to where you want to be.

Michael’s words of wisdom include being confident, but not over-confident. “Most importantly, never ever get satisfied easily with your results, always listen to advice from experienced people, explore and learn new things, this will boost you and reward you to create better works”, he advised.

When asked what lies ahead for them in the future, both creatives expressed uncertainty, but one thing is clear, neither of these two are short in determination, passion and ideas. Both remarked on how the possibility of the future is endless and it is clear that they are more than ready to reach for creative success!