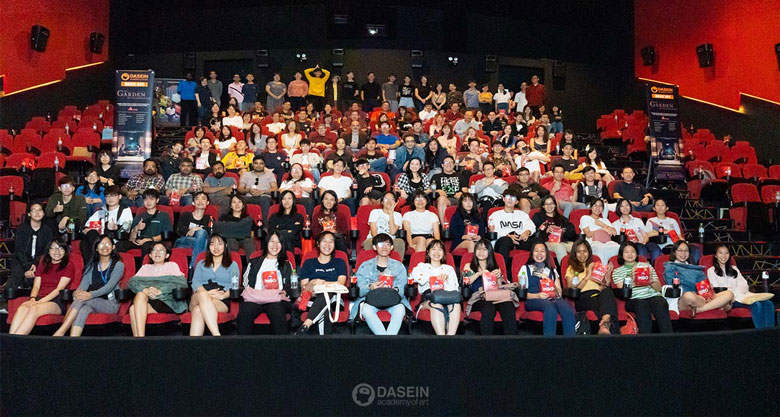 Students graduated from Dasein Academy of Art’s Diploma in Animation program have gone on to work on many popular and visually stunning films, games, animated series, including 47 Meters Down Uncaged, Once Upon A Time, Kingsglaive: Final Fantasy XV, Moominvalley and more.

The movie screening was attended by 150 guests, made up of representatives from local creative agencies, teachers and students from Klang Valley high schools, Dasein’s students and academic team. Olivier Ryard, the VFX Supervisor for the movie was also present at the movie screening together with the team who contributed to the movie’s post-production. 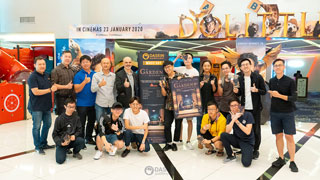 “When we first started work on the visual effects of the movie, the graduates from Dasein who are very fresh, but immediately they are very, very good and (already) working on international projects. The movie is a 100% Malaysian project – from the book, to the filming here (locally) with an international crew, to the visual effects which is also made in Malaysia”, concluded Ryard, who is also the VFX Lead at VHQ Media, one of Asia’s largest post-production firms. “The same team also worked on another big project, which is The Ghost Bride from Netflix’s original series.”

Commenting on the alumni’s achievement, Gooi Hean Chye, President of Dasein Academy of Art said that, “an art career cannot happen overnight, but that does not mean doing art gets you no job opportunities. It is a big and competitive market out there. One can pursue a great career as a professional artist if they have talent, skills and dedication. The college is very proud of all of our graduates and what they accomplish - no matter which path or art practice they choose to do.”