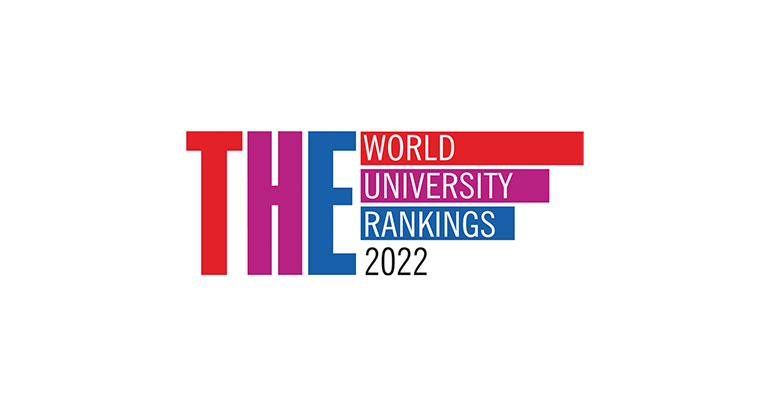 Times Higher Education (THE) has announced the results of its World University Rankings by Subject 2022 for Physical Sciences, Life Sciences, Psychology, and Clinical & Health, providing a list of the best institutions in the world to study these disciplines. 1,523 universities from 98 countries and regions are ranked in at least one of the four subject tables.

The US is the best place in the world to study Physical Sciences, taking seven positions in the top 10 and 35 in the top 100 from a table of 1,227 ranked institutions. It also claims all of the positions in the top six, as the University of California, Berkeley (1st) replaces California Institute of Technology (=2nd) at the top of the table. The universities in the world’s top 10 remain unchanged as UK’s University of Cambridge (7th) and University of Oxford (8th) hold onto their places for a second consecutive year and Switzerland’s ETH Zurich (9th) continues to disrupt the Anglo-American domination of the top 10, with a sixth consecutive appearance in the band.

Table below: Top 10 in Physical Sciences compared to 2021 ranking

Elsewhere in Physical Sciences, Mainland China sees Peking University (15th) and Tsinghua University (18th) both appear in the top 20 for a fourth consecutive year, and a record number of its universities rank in the top 100 (seven) as Shanghai Jiao Tong University (81st) and Zhejiang University (=100th) move into the band. Both of Singapore’s universities move up the rankings as National University of Singapore (16th) achieves its best position since 2018 and Nanyang Technological University, Singapore moves up five places to =35th. France’s Institut Polytechnique de Paris debuts in 22nd place (following the merger of of Ecole Polytechnique and other schools) while Germany, Canada, Japan, Australia, Hong Kong, Netherlands, Italy, Russia, Sweden, Saudi Arabia, Denmark and Belgium also claim at least one position in the world’s top 100.

The US and UK are home to all of the world’s top 10 universities for Life Sciences from a table of 972 institutions, as Harvard University claims top spot for a second consecutive year. The UK’s University of Cambridge (2nd) and University of Oxford (=3rd) retain their positions in the top three while American universities claim the remainder of the top 10 positions with Princeton University the biggest climber, moving up five places to 5th. The US is home to a record 14 of the world’s top 20 for Life Sciences and also claims an impressive 36 of the world’s top 100 institutions, followed by the UK with 13, Germany 10 and Australia seven.

Table below: Top 10 in Life Sciences compared to 2021 ranking

The UK and US lay claim to the top ten universities in the world for Psychology as 567 institutions appear in the table, with the UK’s University of Cambridge (1st) claiming top spot on its first appearance for the subject. It is joined in the top 10 by fellow British institution UCL (6th) and eight American universities as Harvard University moves up two positions to 4th. In total the US is home to 43 of the world’s top 100 universities for Psychology, while the UK claims 13 top 100 spots, and the Netherlands eight.

Table below: Top 10 in Psychology compared to 2021 ranking

Four countries and regions are home to a top 10 university for Clinical and Health studies, as the UK and US claim four places each, with the UK’s University of Oxford retaining top spot for the 11th consecutive year and Harvard University in the US holding onto second place. Canada’s University of Toronto climbs one place to fifth while Mainland China sees Tsinghua University (7th) leap up 25 places to appear in the top 10 for the first time. Hong Kong is also represented in the top 20 for the first time, as University of Hong Kong (20th) rises eight places. In total 925 institutions appear in the table with the US claiming 28 top 100 places, the UK 15, Canada and Australia seven, and Mainland China, Germany and the Netherlands six.

Table below: Top 10 in Clinical & Health compared to 2021 ranking

India’s JSS Academy of Higher Education and Research (=93rd) is the only institution to debut in the top 100 for Clinical & Health, from 91 universities that qualify for the first time, while a total of nine universities move into the top 100 from Mainland China (2), the UK (2), Australia, New Zealand, Spain, Sweden and Switzerland (1 each). In total 22 countries and regions appear in the top 100 as Belgium, Brazil, Denmark, France, Japan, Singapore, South Africa, South Korea and Taiwan also claim at least one position in the elite band.

“The UK and US have traditionally been home to the world's top universities across the disciplines of Clinical and Health, Life Sciences, Physical Sciences and Psychology, and although the results of these rankings suggest that remains the same, it's clear that we're seeing other countries and regions, particularly across Europe and Asia improve their performances, echoing what we've seen in the recently released THE World University Rankings 2022.

“With the opportunity to attract and retain regional academic talent and students as a result of the challenges of Covid on global travel, these countries could cement their position as leaders in these subject areas for years to come."

THE is the trusted global data partner for higher education. With five decades of expertise in the sector, 30 million unique website users in 2020 and more institutions participating in our flagship university rankings than any other major provider, we draw on millions of individual data points to offer deeper and richer insight into global university performance than anyone else. From powerful data-driven insights and strategic consultancy support to agenda-setting events and hiring solutions, our products and services enable everyone in higher education to make smarter, more informed decisions.