A student’s academic journey at APU goes beyond classes and the classroom. It includes developing values such as being socially responsible citizens of tomorrow, contributing to societal causes.

FurryKids Safehaven, a shelter for stray and abandoned animals had been destroyed by severe floods that occurred in Seremban, Negeri Sembilan early this year. Asia Pacific University of Technology & Innovation (APU) students – under the leadership and guidance of Ms Abbhirami Sivarajan, who is a Lecturer with APU’s School of Business – responded immediately by raising funds to help rebuild the shelter.

That initial bond and friendship have been further strengthened and formalised through an MoU signed between both parties represented by Mr Gurpardeep Singh, Chief Operating Officer of APU and Ms Jeskiran Kaur Bhat, President of Furrykids Safehaven. The event was held virtually on 21 October 2021. 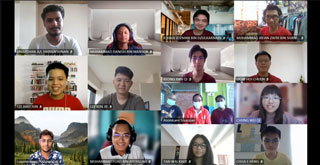 “We thank APU for giving us this opportunity to collaborate. We often see people-oriented organisations getting a lot of support from multinational organisations or equivalent but it's not often that an animal shelter gets the limelight. We hope to collaborate to be able to create awareness and educate the public to understand the plight of strays. We are delighted that APU’s students are joining forces with us as they are the future of this nation and this nation must mould a kinder generation towards the strays,” stated Ms Jeskiran in her speech.

Mr. Gurpardeep also acknowledged the fundraising efforts of the Student Affairs crew in accumulating RM6,500 for reconstructing the animal shelter.

“We are pleased that FurryKids Safehaven is working with us to raise awareness on the need to show kindness to stray and abandoned animals. We hope that through this initiative, our students will gain a better appreciation of aspects such as kindness and compassion for other living creatures,” said Mr. Gurpardeep.

Both APU and FurryKids Safehaven will soon roll out a Virtual Run - “Fur-a-thon 2021: Campus Edition” in November. Participants for the virtual run can pledge to either walk or run for a distance of 5km or 21km. They can also opt to complete the run or walk indoors on a treadmill. Details will be announced soon. 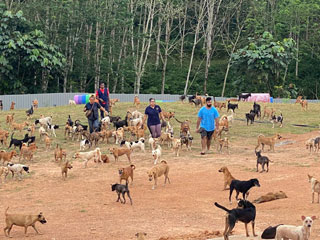 The proceeds will help to partially fund the construction of a clinic for rescued dogs and an office for the shelter administration staff, besides covering medical and other overheads.

Earlier, APU students had planned to do voluntary work by travelling to Seremban and taking care of the furry kids. Hopefully, that will be realized soon with inter-state travel now being permitted. Apart from executing day-to-day work at the shelter, the main objective of this volunteer programme is also to drive an adoption campaign to help the animals find a better home.

According to the UN Convention on Animal Health and Protection (UNCAHP), a unique initiative to globally protect animals at the UN level, all animals have the fundamental interest to live, be free, be well treated and not to be harmed in any case, unless human life is at risk. APU’s collaboration with this NGO is a step forward towards protecting animals especially those that are most vulnerable.