Data Analytics is the science of analysing raw data to make informed decisions. Data Analysts can process large amounts of data and determine the most useful parts of these data. Their conclusion can be presented in the form of statistical information graphs, to explain and describe the main information contained in these data.

Data analysis, a subcomponent of the broader term – data analytics, is the combination of mathematics and computer science. Thanks to the advent of computers and constant improvement of graphic technology and even cloud-based analysis services, graphs and diagrams can now directly analyze the data to highlight the relationships between the data.

Riding on this new wave of data visualisation, Team Majestic comprising Foong Kit Wah and Kong Xin Ying, both studying the Bachelor of Science (Honours) in Computer Science with a specialism in Data Analytics degree at APU, garnered the Viewer’s Choice Award in the November 2021 edition of Data Challenge – Tell a Story with Data, organised by the University of New Brunswick (UNB), Canada. They gained 1000 votes in the Infographic Poster round (Data Visualisation Track), culminating in the highest votes among 26 teams for their dashboard, and were the sole team representing Malaysian Higher Education Institutions, competing with 12 Canadian universities. Their reward - a USD 150 cash prize and certificates. 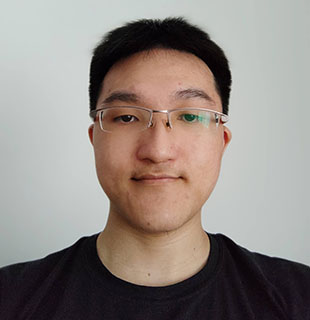 With aims to show Canada’s level of progression in the UN’s 2030 Agenda for Sustainable Development Goals (SDG), the duo built an insightful dashboard in a form of effective Infographics. Their success was based on their ability in telling a suitable, insightful, and convincing story from a dataset via effective visualisations set up as a dashboard and showcase it through a poster to the viewers and judges.

Before this, for about one and a half months, the team with the guidance of their mentor-lecturer from the School of Computing, Mr. Mafas Raheem, had worked hard throughout the process – from selecting a dataset which talks about the trending SDG goals of Canada up to setting their presentation title as “Global Warming, Canada – Where do we stand?”

After submitting the infographic on 7th November 2021, they then attended the “presentation round” conducted in hybrid mode on 19th November. “Our team was given 4 minutes to present our key findings via the online communication platform. We focused on the impacts, barriers, and how we play our part in reducing the excessive release of greenhouse gases (GHG),” explained Foong Kit Wah, who aims to build a career based on his expertise in Data Analytics. 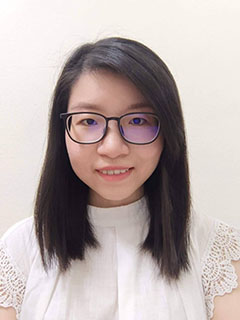 When asked about how their courses had contributed to their winning factor, Kong Xin Ying, who has a strong interest in Data storytelling replied, “I leveraged upon knowledge from the Business Intelligence System (BIS) module. It had provided me with the knowledge of utilizing Microsoft Power BI for data analysis. This eased the process of data analysis during the competition. Other useful modules included Data Management, Programming for Data Analysis and Data Mining & Predictive Modelling.”

Both Kong and Foong are the President and Event Team Committee Member of APU’s Analytics Club respectively. They opined that being in touch with a community that is made up of like-minded individuals and data enthusiasts, had cultivated their deep interest in Data Analytics that brought them thus far.

On his students’ achievement, Mr. Mafas Raheem opined, “This award means a lot to our students as they aspire to become Data Analysts. It is a significant achievement for them to step into their aspiring data analysis & analytics career. Furthermore, this award is significant to APU’s School of Computing as our students could win at a competition conducted by a Canadian university defeating contestants from different countries. It had once again placed our university’s name on the international stage.”