The One Academy Reigns in Nation’s Largest Advertising Awards 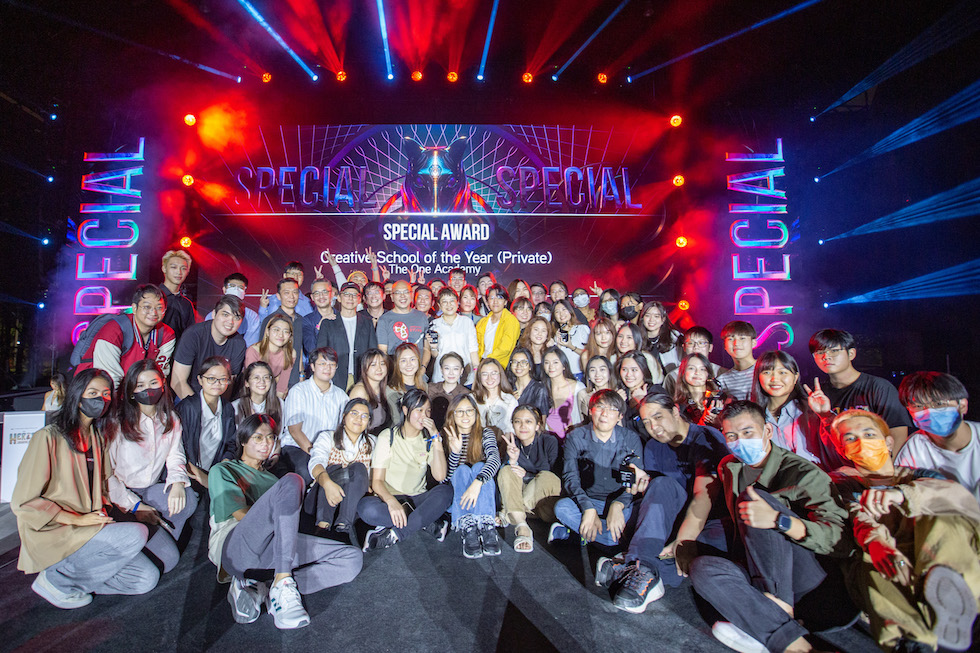 The Kancil Awards 2022 has just wrapped up with a bang. Hailed as the “Oscars” of the Malaysian advertising industry, it is the largest and most prestigious advertising awards competition celebrating creative works from all over the nation in an effort to recognise home-grown creative excellence.

There are two divisions to the competition, namely the PETRONAS Kancil Awards, which sees to entries from renowned corporations and organisations, and Student Kancil x sCooler Awards, an opportunity for driven students to send in their work to be assessed by industry experts and win acclaimed awards. The Student Kancil x sCooler Awards is open to all students, Malaysian or otherwise, studying in local schools, colleges and universities. Participants may submit class assignments, personal projects or work specially made for the competition. Entries are judged by luminaries in the Malaysian advertising scene – group heads, creative directors and executive creative directors, based on masterful creative skill, talent and artistry that goes into bringing an idea to life.

This year, The One Academy has emerged as the top winner, sweeping the main titles and a multitude of awards. Together with its counterpart The One Academy Penang, their student submissions have won a total of 96 awards – 12 Golds, 18 Silvers, 29 Bronzes and 37 Merits during the awards festival held on December 2 at Sentul Depot, Kuala Lumpur. On top of that, the college also received the title of ‘Creative School of the Year (Private)’, while ‘Lecturer of the Year’ went to Din Tan and ‘Student’ of the Year’ to Elaine Phoo Jing Hui.

Digital Media Design student Elaine Phoo was awarded the ‘Student of the Year’ award for her outstanding works. She had won Gold for her visual design for digital platforms, titled ‘Social Trend x Old Stuff’, a series of motion graphic works fusing objects from the ‘80s with popular modern media platforms to imagine what if social media existed in the ‘80s.

She also won two Bronzes in the Best Film & Audio Craft - Visual Effects & Motion Graphics category. ‘Punctuation’s World’ takes punctuation mark symbols and turns them into visual shapes, bringing out their characteristics and extraordinary charm to lead the public into the world of reading. Meanwhile, ‘Dialects Club’ is a promotional video for a program that reconnects the fading Malaysian Nanyang Chinese dialects with the younger generation through an exciting dialogue session.

This remarkable win in the Kancil Awards stands as a testament by The One Academy to its dedication in producing fine young talents all over Malaysia while staying true to its core belief and living up to its motto of “Masters Train Masters”.

The One Academy is committed to providing the best art education programmes and continues to nurture its students passionately through its “Masters Train Masters” coaching philosophy, which has been practised for over 30 years, by providing diploma and degree courses in Advertising & Graphic Design, Digital Animation, Digital Media Design, Film Visual Effects, Interior Architecture & Design, Illustration, Fine Arts, Paris Fashion Design & Pattern Making, Computer Science and Game Design. For more information on The One Academy, visit www.toa.edu.my or call +603-7875 5510 or e-mail enquiries to [email protected].