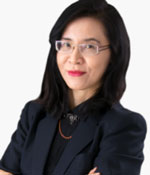 The Vice Chancellor of UOW M KDU Penang University College, Prof. Dr. BK Chong, has been the Principal since 2006. Over the years from 2006 to 2019, the university college won a swathe of awards, receiving a 5 star-rating from the Ministry of Higher Education for two consecutive terms (2010/2011- 2012/2013); the ultimate accolade, a 6-star rating in November 2015 and finally upgrading the college to a university college status in 2015. Her academic staff and their students from the various departments have also won many prestigious awards over the years; some undergraduate students have even presented conference papers which have been published in overseas journals.

An engineer by training, Prof. Chong had grown the School of Engineering at KDU College, Penang from strength to strength over a span of nine years (1997-2006). With her prior extensive experience in business and education, she introduced many engineering programmes ranging from diploma to undergraduate levels from 1997 to 2006. With her dedication and dynamism as well as strong industry networks, she had expanded the enrolment of the School from an initial batch of 50 students to over 800 students in year 2002. When the merger of School of Computing and Engineering took place in 2001, she was appointed to head the new School and she further expanded the school to reach a record enrolment of 1800 students. Working in collaboration with many foreign universities, she strategically integrated the input from the regional industry into the curriculum to ensure that the programmes offered, contributed to the development of human capital, imperative for technological growth at the national level. This is evidenced by the thousands of KDU computing and engineering graduates who hold key positions in the industry globally.

Dr. Chong always believes that it is important and essential for professionals, especially teachers and researchers to continue to get involved in professional societies and their associated activities. She is passionate about producing graduates for the ‘real’ world, who are attuned to the needs of industry; and yet, who have values of integrity and compassion, so that they can go anywhere in the world and make a tangible difference in the lives of people. She is looking forward to the growth of Batu Kawan campus, which is her brainchild, designed to train students to reach their fullest potential, achieving their dreams and ambitions; making their families and their alma mater proud.

Dr. Chong is a two-time alumna from the University of New South Wales, Australia, with a Bachelor of Engineering (Hons) and Masters of Science (Engineering). She obtained a Doctorate in Education from the University of Southern Queensland, Australia. She is a registered engineer with the Board of Engineers, Malaysia and a senior member of Institute of Electrical and Electronics Engineers (IEEE).