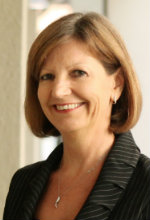 Professor Helen Bartlett was appointed President and Pro Vice-Chancellor of Monash Malaysia in January 2013. She holds a PhD and MSc Public Policy from the University of Bath and BA from Northumbria University.

Bartlett's research and education career spans some 30 years. She has held senior leadership roles at all organisational levels in universities in the UK, Hong Kong, and Australia. Prior to her current role, she was PVC and President of Monash University's campus in Gippsland. She has also held postitions as Foundation Director of the Australasian Centre on Ageing at the University of Queensland and inaugural Professor of Health Studies, Director of the Oxford Dementia Centre at Oxford Brookes University in the UK.

Bartlett has an international research record in ageing policy, healthy ageing, and aged community care. Her work has included studies in East and Southeast Asia and has been published extensively. She has also been awarded numerous national and international competitive research grants and government consultancies.

Bartlett has provided leadership in some of the higher education sector's most important challenges, including talent management, research capacity building, transnational education and partnership development. She has led many university initiatives in student access and participation, and university-community engagement. Through her appointments on various boards and government committees, she has played a major role in promoting the role of higher education in regional and economic development. Bartlett currently serves as an Advisory Board member of the Jeffrey Cheah Institute of South East Asia and the ARC Centre of Excellence in Population Ageing at the University of New South Wales.

Monash Malaysia has been established for over 16 years and under Bartlett's leadership is further building its profile as a research-intensive university, delivering impact withing the country and the region.