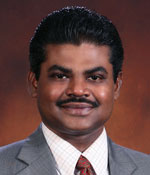 Mr. Kevin Pereira obtained his degree in Computing Information Systems from the Indiana Institute of Technology, USA and his MSc in Business Leadership from the Nottingham Trent University, UK.

He started his career in education as a teaching assistant in the USA during the 1980s and has held positions as lecturer, head of school and principal. He is currently a Director on various boards such as the Information Service Corporation USA, Natserve Computer Associates, Raffles Education Group and Global Learners Network. He is also an Executive Director of Olympia College where he is responsible for its expansion and growth activities.

He was a member of the pioneer team at Olympia College; and is testimony that the rapid expansion of the college from the first campus in 1995 to its six campuses by 1999 was based purely on enthusiasm and commitment to classroom delivery and student participation.

He was responsible for the setting up of two of the campuses in Johor Bahru and Petaling Jaya and affirms that bricks and mortar do not make an institution but it is the way the young minds in the classroom are encouraged and moulded that is the true reflection of a good college.

His achievements at Olympia College also include the setting up and development of guidelines for syllabus instruction and the creation of a database of academic resources. This is widely used in the training and development of staff, and has set the academic framework within the college. He also works closely with partner universities to enhance the academic quality and standards of the institution.