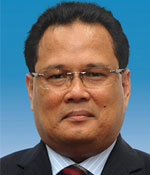 Mortaza’s expertise in electrical engineering has led to his involvement in training and consulting in Malaysia. He is actively involved as member in IEEE, USA and IEEE Malaysia. He is also an active member of the Instrumentation and Control Society, Malaysia. Mortaza has been conferred the Darjah Kebesaran Indera Mahkota Pahang (DIMP) which carries the title Dato’ by the Sultan of Pahang Sultan Haji Ahmad Shah in conjunction with His Majesty's 76th Birthday in October 2006. He was a team leader for the UMP Golf Club and has held several positions in community services.

Mortaza was employed as an assistant lecturer at Universiti Teknologi Malaysia (UTM) in 1980 and appointed as lecturer three years later. He has held several positions at UTM including Heads of Electrical Engineering Control Department, UTM for two years before appointed as Deputy Dean of the Faculty of Electrical Engineering at UTM for four years from 1994-1998. He held the post of Campus Director of UTM Pahang Branch (UTMKCP) on 1 August 1998 and became professor on 16 January 1999. Mortaza was later appointed as the first KUKTEM Deputy Academic Rector in December 2001.