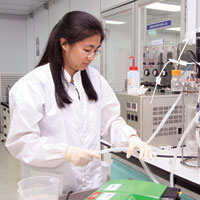 Public universities are being owned and operated by Government and the strategic objectives of the public universities will be in line with those of Ministry of Higher Education. One of the MOHE’s objectives is to enhance the overall capability of the universities to produce human capital with first class mentality and to become more dynamic, competitive, and able to face the challenges of a changing world.

Basically, the 20 full-fledged universities are further divided into three (3) groups i.e. four research, four comprehensive and 12 focused universities. Currently, as much as 90% of the public universities’ funding is from government sources and the balance of 10% is derived from student fees. In 2007, the government has the operating budget of more than RM6 billion to fund the universities and the amount may increase due to upgrading of the four institutions into research universities.

All applications to study in public universities are centrally processed with the exception of postgtraduate studies. The centralised processing agency is known as the Bahagian Pengurusan Kemasukan Pelajar (BPKP) or The Division of Student Admission (formerly known as Unit Pusat Universiti, UPU). It processes applications from students with SPM, STPM, STAM, diploma or matriculation qualifications. The agency is under The Department of Higher Education (Jabatan Pengajian Tinggi) of the Ministry of Higher Education and is responsible for the management of the admission of students into the 20 public universities.

The main function of BPKP (or ‘UPU’) is to process and coordinate the intake of General Information on Malaysian Higher Educations into local public universities for the following programmes of study:

(Note : At postgraduate studies level, BPKP only processes the intake for Master’s degree programme in medicine and not for other postgraduate courses.)

The intake into the public universities through this centralised agency is once a year and usually in the month of July. 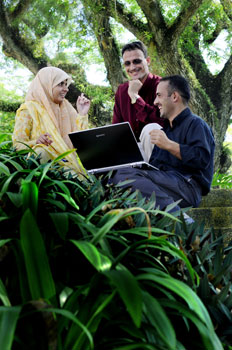 The general entry requirement for Diploma level is SPM qualification while that for undergraduate studies is STPM or equivalent qualifications such as Matriculation certificate of Ministry of Education, STAM and Diplomas which are recognised by the government.

The ‘BPKP IPT’ or ‘UPU’ application forms are made available to:

All post-secondary school leaver applications for Bachelor’s degree programmes must be made online while application for Diploma level programmes can either be made through printed application form or online via the website of the Ministry of Higher Education at jpt.moe.gov.my. The forms, however, must be submitted within 10 days from the date of the release of the examination result, usually in the month of March. Applicants will usually be notified of their applications’ status in the month of May. There is only one intake a year and is usually in the middle of the year. All enquiries can be addressed to: