Emerging and declining careers in the next 5 years Rumors about robots conquering the world have been floating in the air for the last ten years at least. The panic is clearly exaggerated but there is still a grain of truth in these concerns. Mass automatization will lead to the cut of numerous professions. This topic is especially relevant for teenagers and students who are considering their future. However, finding your calling is not as easy as buying cheap essays. We dug deeper into this topic and prepared a comprehensive analysis of the declining and brand-new emerging careers. We hope that this article will help you to make the right decision in terms of choosing a future profession.

The study conducted by Oxford University states that up to 47% of the existing professions will be automated and disappear in the next 10 years. The list includes drivers, accountants, cashiers, bankers, etc. If you look around today, you can already see self-driven cars, self-checkouts at numerous supermarkets, and a diversity of applications that can already replace some functions of average bankers. Thus, those professions that do not require the involvement of the emotional and creative intellect of a human being are at risk. In other words, these are the industries that the majority of activities are routine.

Scientists believe that low-wage works are apt to be automated. Experts with academic credentials (engineers, doctors, scientists, IT specialists, etc.) have lower chances of being replaced. In the future, robots will be able to perform up to one-third of the tasks included in around 60% of professions. Due to the industrial revolution, the world is facing nowadays, over 800 million people on the planet are at risk of losing their jobs by 2030. China and India are one of the leaders of various manufactures. Therefore, these changes are going to alter their labor markets in the first place.

But as some careers are coming to a decline and disappearing, brand-new professions emerge. Job titles like an application developer and social media manager sounded at least ridiculous just twenty years ago. So, it’s not hard to guess that in the next five years we can expect the appearance of new positions that will amaze or even shock us.

New jobs don’t emerge spontaneously and in the flicker of a second. As a rule, these are the derivatives of the existing occupations which require a full-time involvement throughout a day. If you look back, programmers had no differentiation. These were just people who knew how to code, install Windows and fix some issues. Nowadays, it’s a real crime for an HR to publish a job post entitled “Looking for a programmer”. There are front-end and back-end developers, each of them knowing specific coding languages.

The niche specialization and the ability to create something new that has never existed before will rule the roost. If you look at the tendencies, the technological companies earn their fortunes on those products that simplify people’s lives and did not exist at least five years ago. The world is changing every second and it will be vital to keep up with those changes and be open to all the new tendencies. Even the traditional professions like a doctor or a teacher will require the usage of top-notch technologies.

Now, let’s take a closer look at some of the possible future professions:

This list can be endless, taking into account all the pains the humanity is facing today. However, there are some ridiculous professions that are expected to emerge in the nearest future. The researchers from the consulting company Sparks&Honey concluded that 60% of the future professions don’t yet exist. However, they made some assumptions. Thus, their list of the top-10 future careers includes the afterlife manager of people’s social media accounts and a specialist helping to fight the Internet and gadget addictions. 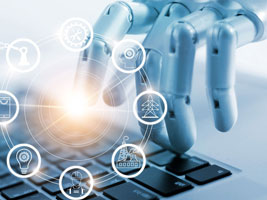 Will my job be taken over by a robot in the future? 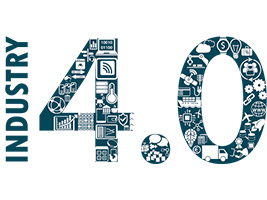 The Fourth Industrial Revolution (IR 4.0) and what it means for students like you