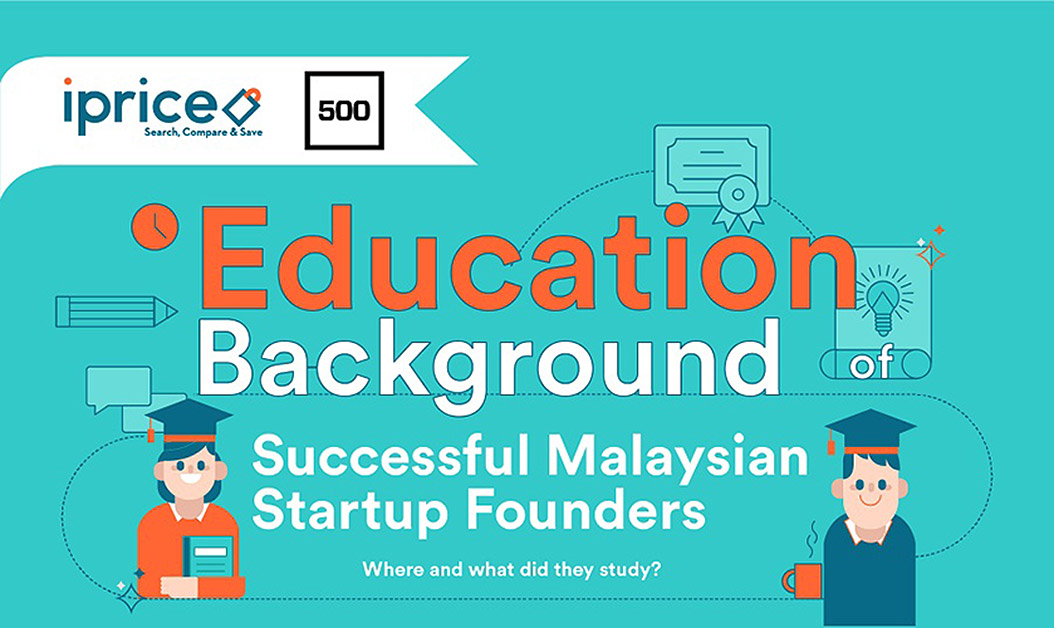 As Google and Temasek last year revealed that the future e-commerce sector will become a US$200 billion economy by 2025 in Southeast Asia, many have either joined an e-commerce workforce or initiated a startup to realise this futuristic economy. With Amazon’s recent entry into the region and great successes of local e-commerce startups, the message has been crystal clear to youngsters that we’re at the cusp of the e-commerce boom. Therefore, it would be conventional that the young generation on the verge of entering the working world would be interested to join the e-commerce bandwagon.

However, what major should a pre-tertiary student embark on if one aspires to be an e-commerce founder? Must one study a tech-related field? Did most founders obtained tech know-how prior to founding their e-commerce? What education did startup founders in Malaysia embark before they became successful?

As such, we made a study to answer these questions. By analysing LinkedIn profiles, company websites and reliable news sources, we analysed the education background of successful startup founders in Malaysia. We chose to only analyse founders who successfully obtained a Series A or a higher funding round for their startup. We included this requirement as this is a benchmark of an e-commerce which has provided a product or service that was of value to consumers and has proven great potential for the future.

In a gist, here was what we found out:

Although e-commerce exists through modern technologies, understanding elements such as finance, law and the business behind it remains paramount. This was reflected as we discovered that most founders did not study a tech-related degree prior to founding their e-commerce startup.

Out of 65 startup founders, 77% of them took a major in a non-tech related degree while only 23% founders took up tech as a major. The most popular non-tech major was Finance (9 founders), Business (9 founders) and Law (4 founders).

However, this might be reflective of the lack of tech professionals in Malaysia as well. A recent report by HAYS has highlighted that Malaysia is lacking tech talents which might hinder the growth of e-commerce in the nation. As e-commerce continues to expand in Malaysia and the region, much more personnel with technical expertise is still needed.

The most popular tech majors among founders were Computer Science (8 founders), followed by Information Systems (2 founders), Software Engineering (2 founders) and IT (2 founders). 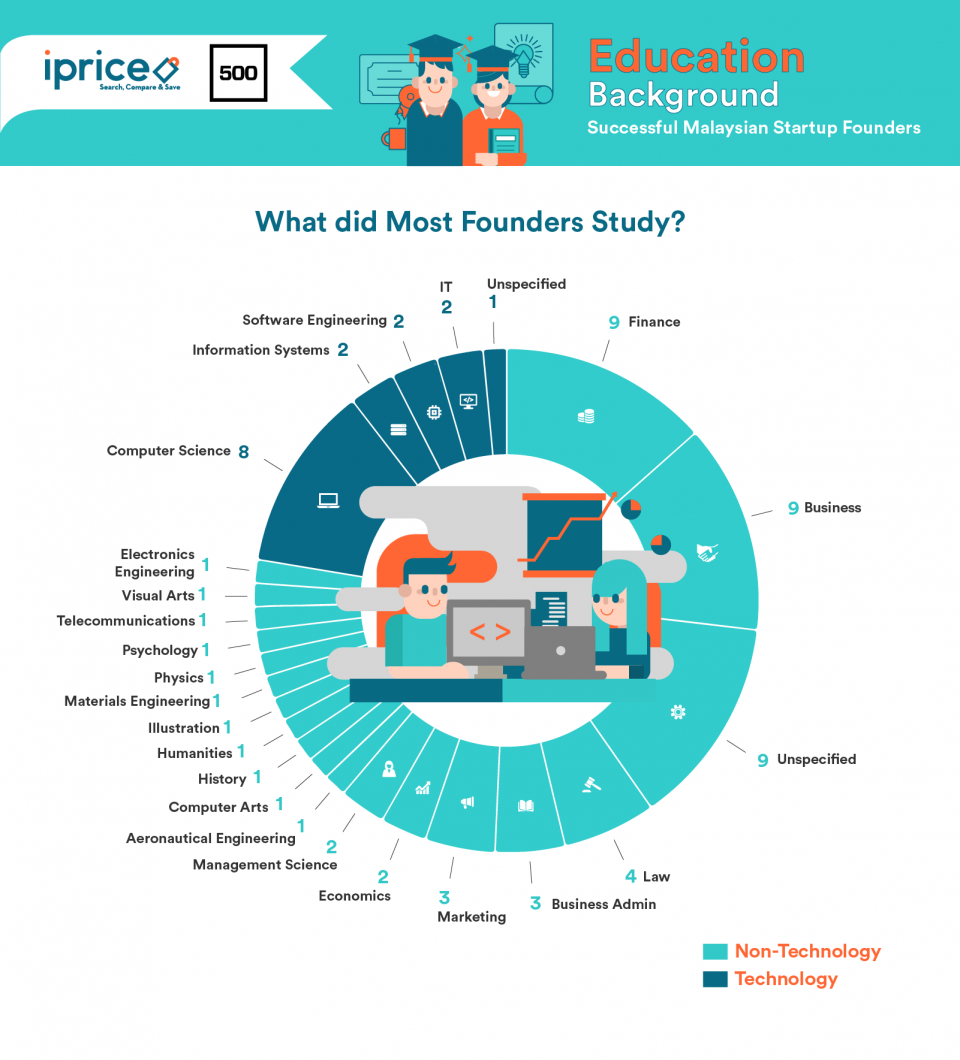 A Postgraduate Degree Is Not Mandatory for Success

Interestingly we found that 35 out of 65 founders did not obtain a postgraduate degree before founding their e-commerce startup. This was probably a sign that most founders discovered a niche demand in the market and went on to initiate their startup.

In a research by Forbes, it was highlighted that 42% of failed startups fail was because they offered a service or product that with little or no market need at all. So yes, while the opportunities are great in Southeast Asia, aspiring e-commerce founders must first determine a niche market need before initiating their e-commerce. Analyse each e-commerce mentioned in our infographic and it would not be hard to see a familiar pattern that each e-commerce was able to provide a solution that was not previously available to consumers. 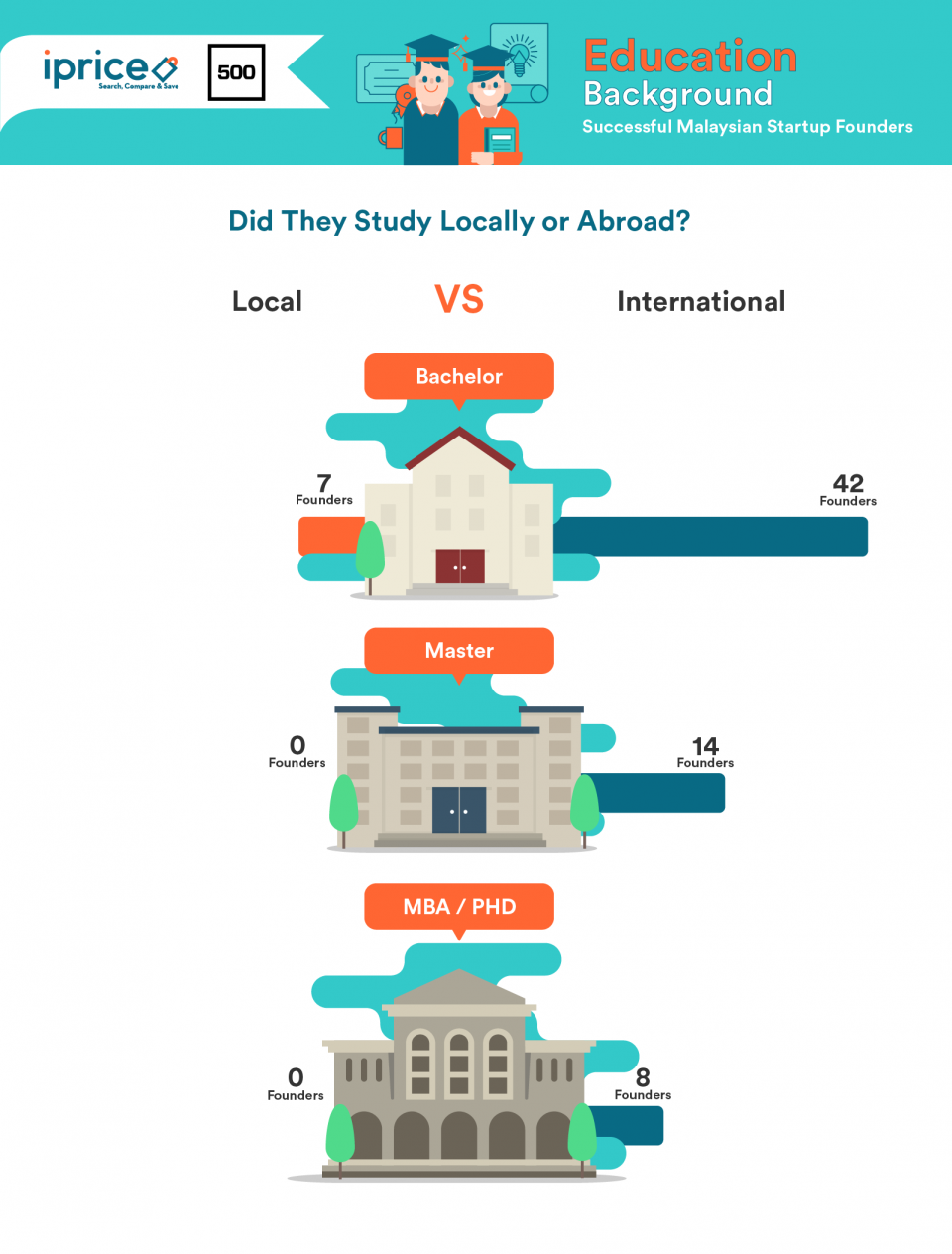 Among all the universities listed in the infographic, HELP University College was the only local institution which produced a significant number of successful founders. Three founders from HELP were PohSoon Chong who founded Hermo, Edmund Kwok and Goh Chee Hau who founded iMoney. In a clear sweep, it was evident that founders preferred universities abroad in their education journey. Meanwhile, the most popular non-local universities which produced three or more founders were the University of Oxford, London School of Economics and Political Science (LSE), University of Melbourne and WHU, Otto Beisheim School of Management.

We also noticed that eight founders went on to complete the prestigious Masters of Business Administration (MBA) or a Doctor of Philosophy (PhD). Six of them who obtained an MBA are Bruno Araujo (iMoney), Chris Leong (Soft Space), Frank Kang (Althea), Jason Kang (ServisHero), Karl Loo (ServisHero) and Nicole Sia (ServisHero) and Dr Konstantin Lange (iPrice Group) who obtained a PhD. Amongst all the founders, only one, Dr. Sivapalan Vivekarajah (EasyUni) who obtained both a MBA and a PhD. 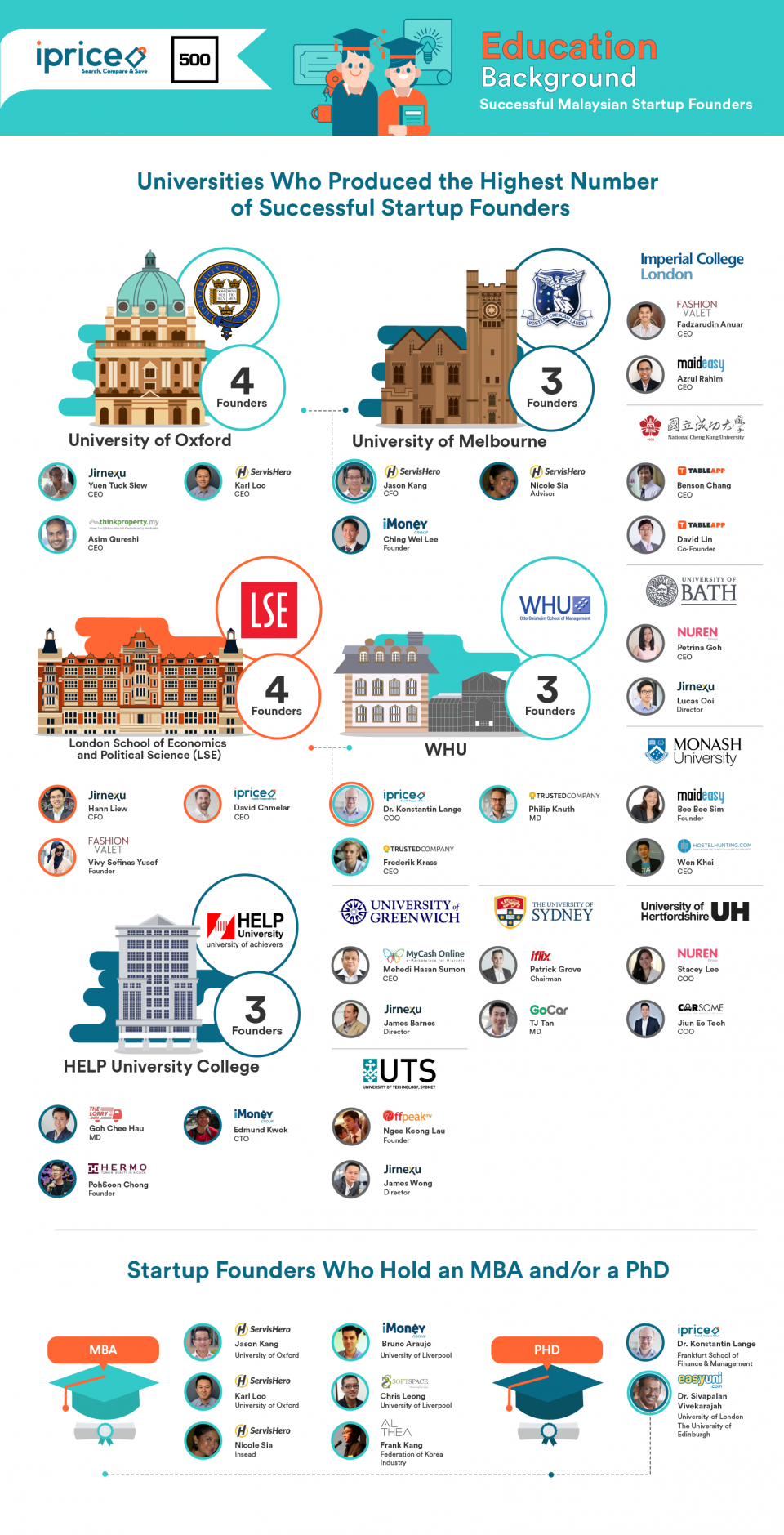