Introducing our Minister of Higher Education

by StudyMalaysia.com on December 9, 2022 | Top Stories 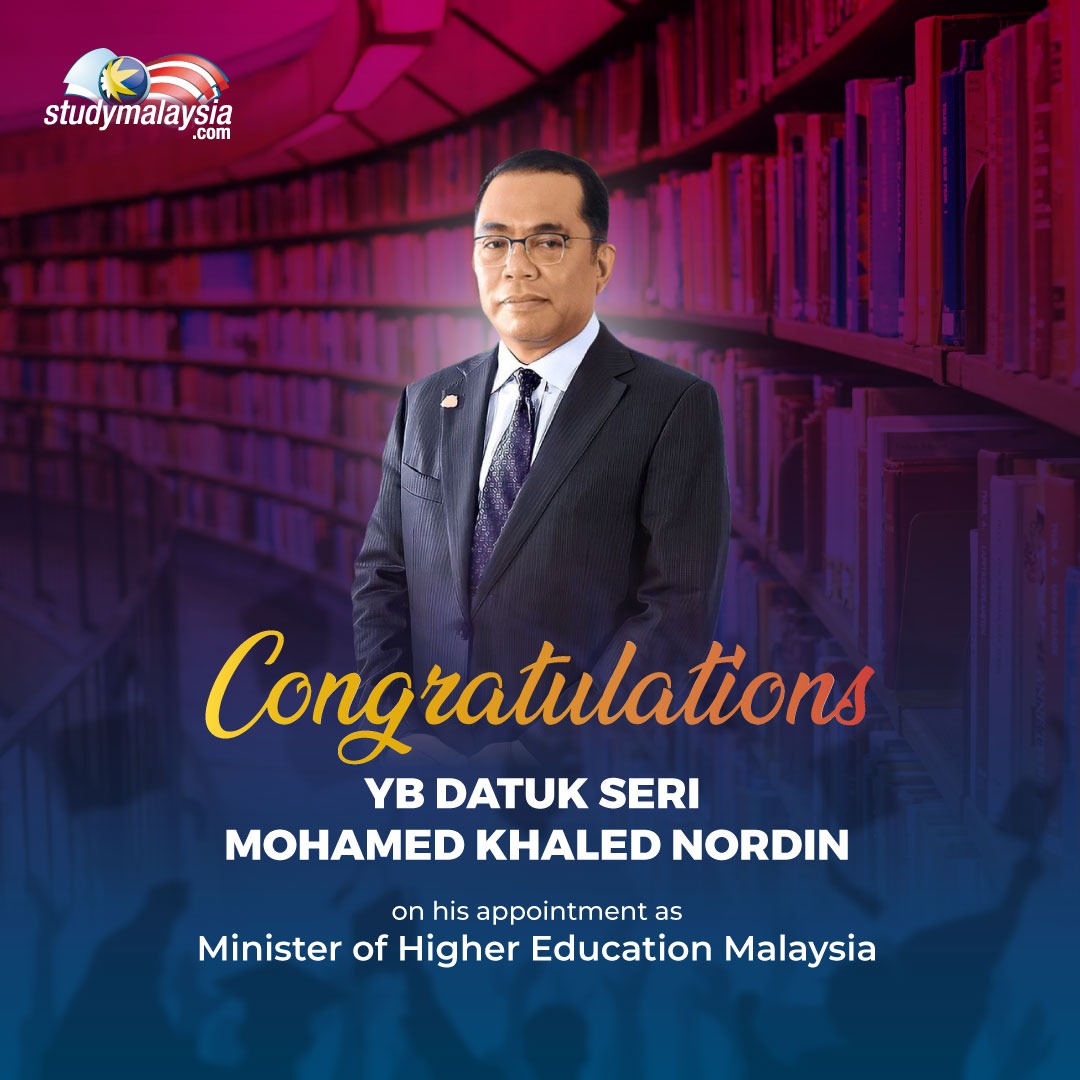 Datuk Seri Mohamed Khaled Nordin’s appointment to helm the Ministry of Higher Education has been hailed by many as a positive development for the higher education sector, as he is no newcomer to the scene of higher education in Malaysia. Datuk Seri Khaled Nordin was the Higher Education Minister from 2008 to 2013 under Barisan Nasional and now for a second term starting December 2022 under the Unity Government’s administration.

He was born on 30 November, 1958 in Muar, Johor and is currently the UMNO vice-president. He is married to Datin Seri Rosni Omar and has a son Akmal Saufi Mohamed Khaled.

His early education began in Sekolah Rendah Ledang, Tangkak and later went on to Muar High School. He continued with his pre-U at the English College, Johor Bahru after which he furthered his study at the University of Malaya and graduated with a law degree in 1982. Before entering politics he worked for Petronas and later as an adviser to a federal minister.

He entered politics at the age of 31 in the 1990 election and his illustrious political career saw him holding positions as Deputy Minister of Works, Minister of Entrepreneur and Co-operatives Development and Minister of Higher Education. After 23 years of federal politics he took over as the 15th Menteri Besar of Johor from 2013 to 2018.