Five Malaysian universities move up in QS world universities ranking. Can you guess which ones made it to top 400?

The university that leads this year's global top ten QS World University Rankings is Massachusetts Institute of Technology (MIT), US, for the third year running.

Meanwhile, how did Malaysian universities fare in this global ranking that measures the four key pillars of research, teaching, employability and internationalisation?

Overall, the top public universities in Malaysia improved their ranking with Universiti Malaya (UM) rising to 151 (from 167 last year) and Universiti Kebangsaan Malaysia (UKM) at 259th place (from 269 last year). Universiti Teknologi Malaysia (UTM) had the most marked improvement – up 61 ranks to 294 (from 355 last year).

In the QS University Rankings: Asia 2014, the top ten universities in Asia are led by Singapore, Korea and China. 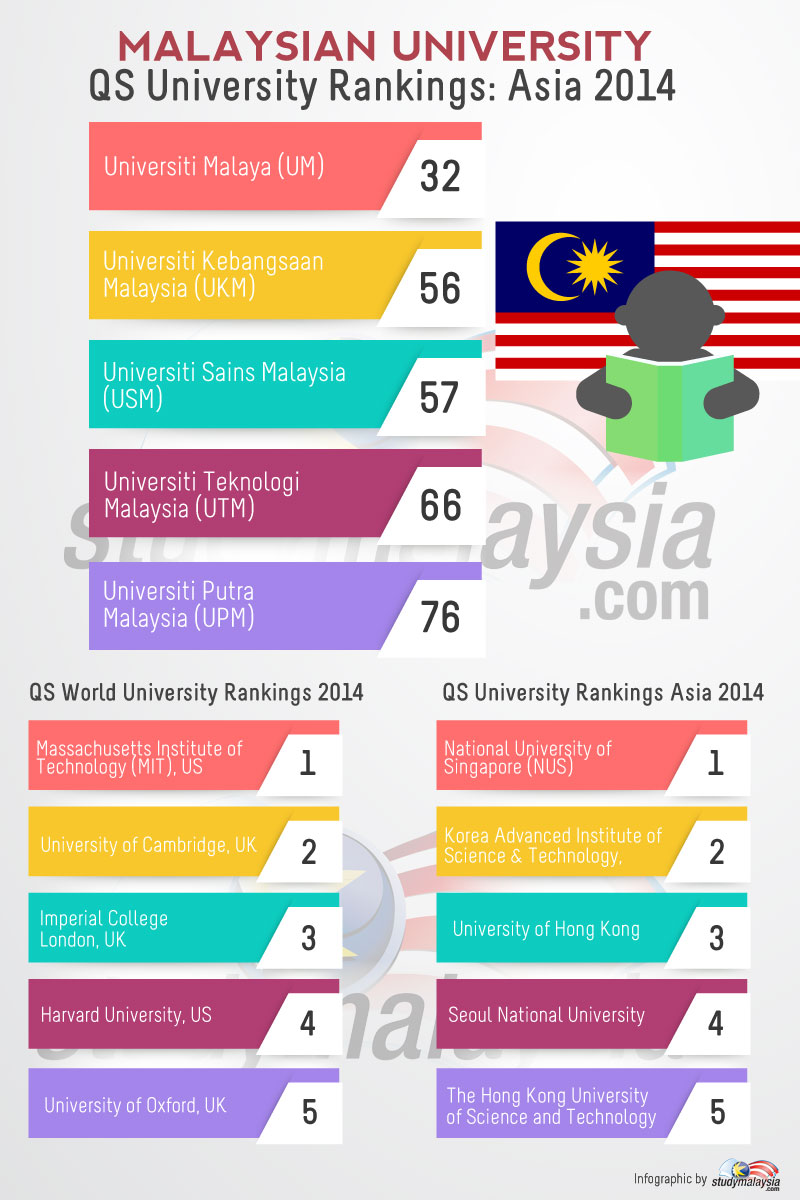