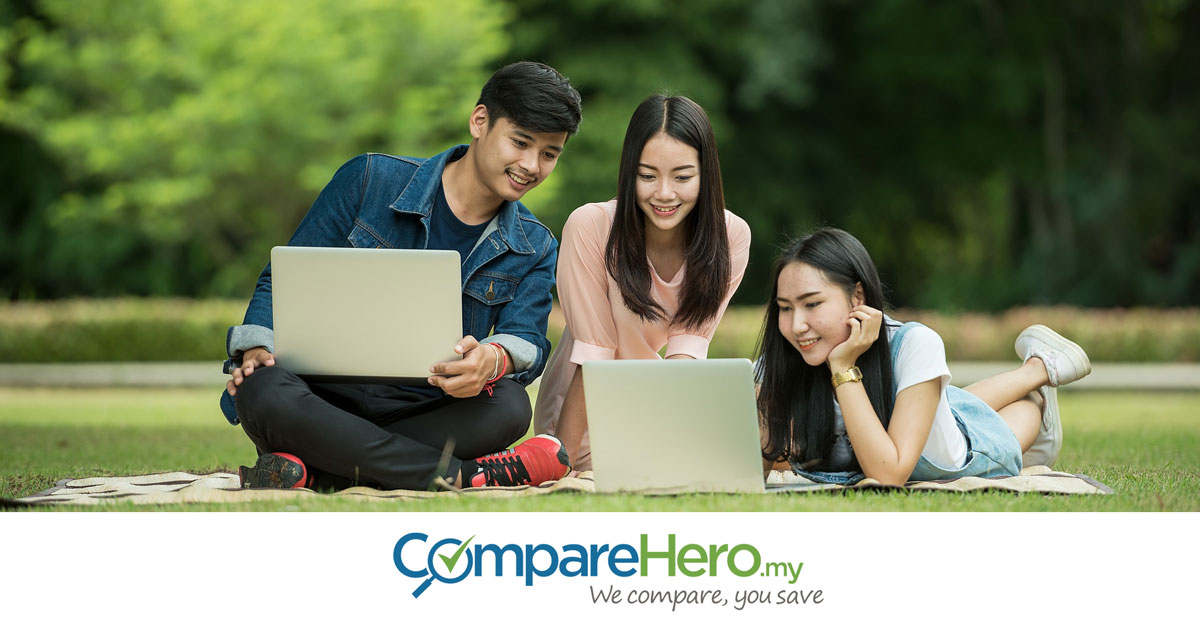 You’re between the age of 25 to 35 and are feeling the pinch in your wallet - that’s not much of a surprise.

Simply put, the Malaysian Millennials are building up debt at an alarming rate. The financial stress that they are facing are pouring in at an age much younger as compared to previous generations. AIF (the Asian Institute of Finance) conducted a study which concluded that many millennials are actually spending above their wages and are spending money impulsively.

The survey showed that the majority of the generation are borrowing money heavily. 38% of them are taking personal loans, 47% of them are pocket-deep in their credit card debt, and only a measly 28% is confident in their financial literacy. But what exactly is causing the financial troubles of millennials?


The financial issues that millennials are facing today

Obsession with owning the latest tech and shopping online

Think of a good smartphone brand and it’s probably going to be Apple and Samsung. These two electronic giants are growing at an incredible rate, with good reason. The majority of Malaysians today own a smartphone, and 88% of that majority are millennials, according to the Pew Research Center’s SPring 2015 Global Attitude Survey.

Spending money on the latest and greatest smartphone (which can set you back about RM3000-RM4000 today) is one of the reasons that millennials are having financial troubles. Often we see the young teens and young adults of today touting their latest Apple iPhone X and Samsung Galaxy S9+, likely bought with their credit cards - it begs the question, however, are these expensive smartphones really necessary?

New smartphones are increasing in prices these days, with flagships costing close to RM4000 per device and mid-rangers edging close to RM2000. More often than not, they aren’t all that better from previous releases too, but phones these days have become more than a functional device - they’re now seen as status symbols.

The other largest contributor to the financial woes of the millennial generation is the advancement in online shopping. While the advancement in the e-commerce industry is not a bad thing, it has become a platform where millennials are shopping excessively on, causing an increase in credit card debt. A survey by UOB Malaysia found that the millennial generation spends at least 1.4 times more than other age groups in online shopping.

Grab, Lazada, Zalora, Expedia and 11Street have been increasing their presence in our lives faster than expected, making services, travel, transportation, and shopping for almost anything much faster and easier. This, however, comes at a price with many of us being unrealistic about our financial appetite We spend recklessly with credit and loans, leaving zero savings to take care of more important expenses.

The millennial generation tend to place a big premium on lifestyle brands - be it getting the latest high-tech gear or the latest fashion. For those who have recently graduated from university or college, it is important that you learn to sustain your expenses on a moderate level. We get it, you are excited, you are earning money on your own, and you want to celebrate a little. There is nothing wrong with that, but overdoing it just might land you in a place you do not want to be in.

Addicted to a life drowned in debt 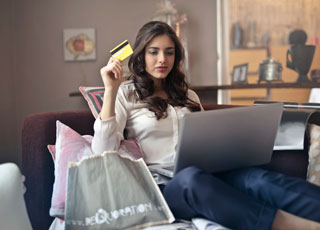 A lot of people are living on their credit today, then spending the next few years of their lives spending money to clear their credit card debt. However, by paying only the minimum every month, it can hardly be called clearing a debt. This will also damage a person’s credit score, which affects the future approval on banking services.

“Gen Y’s debt woes have been the result of impulse-buying behaviour coupled with easy access to personal loans and credit card financing. “ – AIF Report on Bridging the Knowledge Gap of Malaysia’s Millennials

Many millennials are very ambitious as well, leading to them taking up a personal loan to start a business without proper research and planning, resulting in a mountain of debt and left with no other choice but to return to the workforce to repay those debts.

“Our study reveals that 75% of Gen Ys have at least one source of long-term debt (anything longer than a year) and 37% have more than one long-term debt obligation,” – AIF report. Hire-purchase is the highest loan (56%), owned by Gen Ys while credit card and education come next (47% and 40%).

This comes down to one simple conclusion: Millennials are living beyond their means. Without considering their financial appetite every time they make a decision, they act impulsively to receive immediate gratification, even if it means paying a higher price later down the road.

According to the same study by AIF, less than half (41%) of the respondents diversify their investments. On top of that, investments are proved not to be a priority for millennials with only 23% who invest more than 20% of their monthly income and 40% who invest less than 10%.

With a huge percentage of millennials living in debt, it is no surprise that investment is low on their priority list. But the lack of investment knowledge and low-risk appetite due to the bumpy economy in the past is a concern.

In spite of these numbers, it is comforting to know that the majority of the millennials surveyed in AIF’s survey own unit trusts and insurance policies (52% and 51%), while only 9% invest in the stock market. However, consistency is key when it comes to investments.

Though we are happy to see that Millennials make up 27% of the Private Retirement Scheme contributors as of 30 June this year, it was largely due to the incentive program of RM1,000 introduced by the government. To which we can’t help but wonder, do they consistently contribute into the fund or do they stop right after obtaining the incentive?

“Last month, the number reached to about 67,000, or almost 27% of the total 248,325 PRS contributors nationwide, said the Private Pension Administrator Malaysia (PPA), which is the central administrator for PRS. These youths have a total of RM99.2mil in net asset value under such schemes as of March this year.” – The Star

On the other hand, it is rather shocking to see that only 9% of the correspondents are investing in the stock market despite how easy and cheap it is to buy shares in Malaysia. To be fair, AIF pointed out that their cautious investing habits reflect the challenging economic conditions they may have seen during the dot-com bubble in the 1990s and gloomy global economy over the past two years.

Also, it does not help that millennial tend to only seek advices from friends, family and colleagues (65% to be precise in AIF’s report) which may lead to the narrow information they can get when it comes to investment.

Millennial Are Saving Money, But Is It Enough?

We’ve heard that Millennials don’t save enough but that isn’t entirely true. They do save money. In fact 64% of working millennials save a portion of their income every month, but all the money saved will have no value if the huge debts carry on. One of the common mistakes that is made is that they continue to save money while their debts pile up.

“Despite their (Gen Y’s) spendthrift behaviour, which is reflected by their credit card debt burden, Gen Ys’ positive saving habit suggest that they are conscious of the value of money, but may not currently have the necessary knowledge to manage it effectively” – AIF.

Millennials also tend to save only when they have extra money at the end of the month, which makes their savings very vulnerable. By setting aside RM100 or RM200, you can save up for your short term goals such as travel or buying a laptop. But is it really enough?

Everything today is all fast and easy, whether it’s work, shopping, travelling, or even eating. However, the fast-moving culture which resonates very much with the millennial generation may be one of the causes behind the culture of instant gratification. This instant gratification culture is the same way millennials consume information on social media and the Internet.

“Instant gratification is the desire to experience pleasure or fulfilment without delay or deferment. Basically, it's when you want it; and you want it now.” – Neil Patel

This could explain the lack of interest in investments and proper saving habits. Millennials expect the greatest financial return in a short span of time. They want quick wins but investing and saving are long-term financial goals.

Millennials may have their challenges but it does not mean that they are doomed. While they do make their makes, they can also learn just as fast and to improve themselves as well. Everyone has to play their part in making sure that the millennials have the right financial education and literacy.

This article is contributed by CompareHero.my , your go-to website for finding Credit Cards, Personal Loans or Broadband products in Malaysia. Read our blog for more exciting personal finance tips. 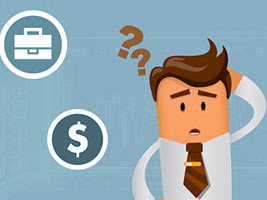 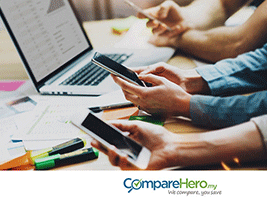 5 Tricks to Learn from Millennials to Save Money 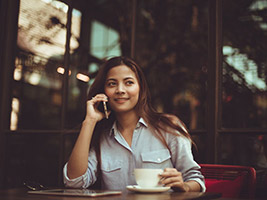