The Attraction of the iPhone 6

On 9 September 2014, Apple finally announced the release of the iPhone 6. It's not that consumers didn't know that there will be an iPhone 6; what everyone wanted to know was what iPhone 6 had to boast. And we now know that it offers a 4.7in screen, a Retina HD screen and an all-new design. Oh, wait, there's also an iPhone 6 Plus. And yes, did I mention there's an Apple Watch too? Blown over yet?

So what's so special about the all-new design of the iPhone 6?

Bigger, thinner and faster. Curved sides, seamless design and enhanced functions. There's a new gesture called Reachability that supports Apple's emphasis on the idea that you should be able to use a smartphone one-handed. And everything – from QuickType to Spotlight to a new Health app – just got better with iOS 8.

And though critics say that the hefty price tag will make people wait before deciding on owning an iPhone 6, there are already fans waiting outside Apple stores in London, Sydney and Tokyo in anticipation of the sale date on 19 September.

We have to admit it. There's something about the allure of the iPhone. As much as we love all the new things the latest iPhone can do, the truth for many of us is that we just love its design and how good the shiny new object feels in our hand.

Have you ever wondered who's behind the design of the iPhone and other Apple innovations like the iMac, the iPod, and the iPad? Many people, actually, but led by Jonathan Ive, Senior Vice President of Design. Since 1996, Ive has been head of design at Apple. He leads a design team widely regarded as one of the world's best and has won numerous design awards. 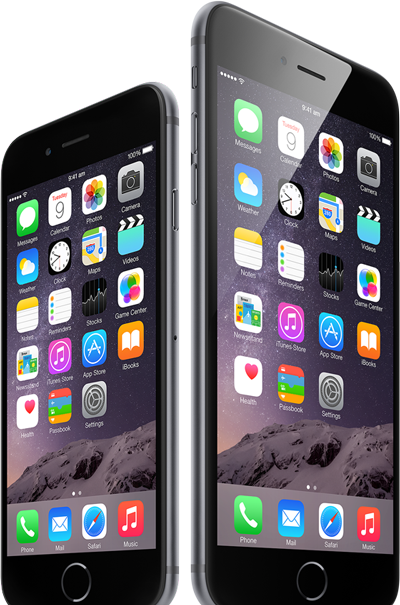 Did you know that Ive started off by studying industrial design at Newcastle Polytechnic (now Northumbria University)? If you are good with your hands and love to design things like Ive, you might want to consider a career in design. After all, there are many more things waiting to be created by someone, why not you?