On 5 April 2016, the Public Service Department or Jabatan Perkhidmatan Awam (JPA) announced in a press release the important highlights regarding sponsorship schemes for this year. 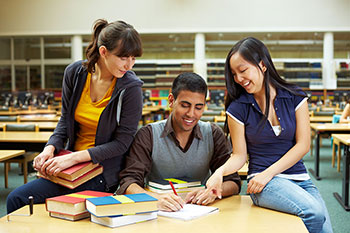 First, JPA will continue sponsoring programmes with an allocation of RM1.65 billion to cover the financing of 49,060 current students; 41,324 of whom are studying locally and 7,736 abroad. An additional allocation of RM160 million was approved under the Revised Budget 2016 for the sponsorship of new students in 2016.

As outlined in the Revised Budget 2016 on 28 January, and with the current economic uncertainty, government departments like JPA need to cut back on spending and undertake strategic modifications in its human capital development programme. To ensure the country gets the optimum returns and benefits from substantial investments earmarked for the sponsorship programme, the government has introduced a new model of JPA sponsorship schemes that will be implemented this year.

This new model allows sponsorships to be implemented comprehensively, covering the aspects of merit and excellence, and to assist the financially disadvantaged in the B40 category particularly in the field of Technical and Vocational Education. This new model will also focus on the sponsorship of students to local higher education institutions in line with the government’s efforts to position Malaysia as a regional education hub.

In view of these modifications, the New Model of JPA Sponsorships will be carried out through these programmes:

Sponsorship of the 20 top SPM 2015 students based on the list of names issued by the Malaysian Examination Board. These students will receive sponsorship to undergo a preparatory programme locally before pursuing a bachelor’s degree at top universities in the world based on the QS World Ranking list. The fields of study is limited to areas specified by the government.

This programme will sponsor the top 200 SPM 2015 students who are interested in pursuing a diploma or bachelor’s degree in the field of engineering in Japan, Korea, France or Germany. The sponsorship includes a local preparatory course before continuing the next stage of their studies in one of the pre-determined countries.

A thousand students from families in the B40 category will receive financial aid to pursue a diploma at polytechnics, public universities, UNITEN and MMU. This is a programme newly introduced by JPA in 2016 that focuses on TVET training as it has been identified as one of game-changers under the 11MP.

Sponsorship for 744 students from the Bursary Program 2013/2014 (SPM 2012/2013 school leavers) will continue under the Post Bursary Programme where students will pursue their first degree at local universities determined by the government.

This bursary programme is offered to 250 students who obtained 9A + and above in the SPM 2015 examination – selections are made based on merit and inclusivity. The sponsorship programme includes a preparatory or foundation programme locally and a bachelor’s degree course at a local university determined by the government. The fields of study offered are: Clinical and Health, Engineering and Technology, Science, and Social Sciences.

The Bursary Programme previously managed by the Ministry of Education will be implemented by JPA as a one-off programme for 2016 only. This programme will not be continued from 2017 onwards.

To ensure fair returns on investment made by the government, from 2016 onwards, these sponsorship programmes will be implemented in the form of a Convertible Loan Bursary, with the exception of the B40 Financial Aid Programme. This is based on the principle of return on investment for the country in ensuring that the government will obtain the best talent for the Public Services Department. In addition, it is hoped that this principle would inculcate a sense of accountability to the nation.

The loan agreement will be enforced according to the following four conditions: