The application results for admission into public universities and premier polytechnics for foundation and diploma programmes (2016/2017 session) was announced on 16 May 2016.

According to MOHE, some of the reasons why applications were unsuccessful were because the applicant: 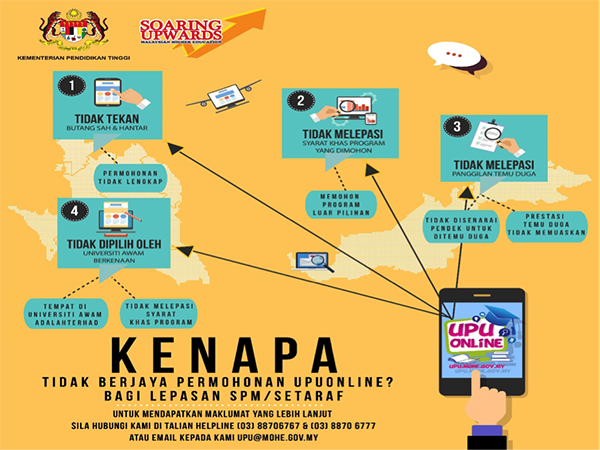 All is not lost if you did not secure a place. You still have a chance to appeal. Appeals can be made via UPUOnline at http://upu.jpt.moe.gov.my/.

A consultation helpdesk has also been set up for students to enquire about their application to public universities and premier polytechnics. Students can visit the helpdesk from 17 May – 1 June 2016, 8.30am – 4.30pm on working days only. The helpdesk is located at:

Important: Only applicants who applied previously (18 January – 4 April 2016) but did not receive any offers are eligible to appeal. 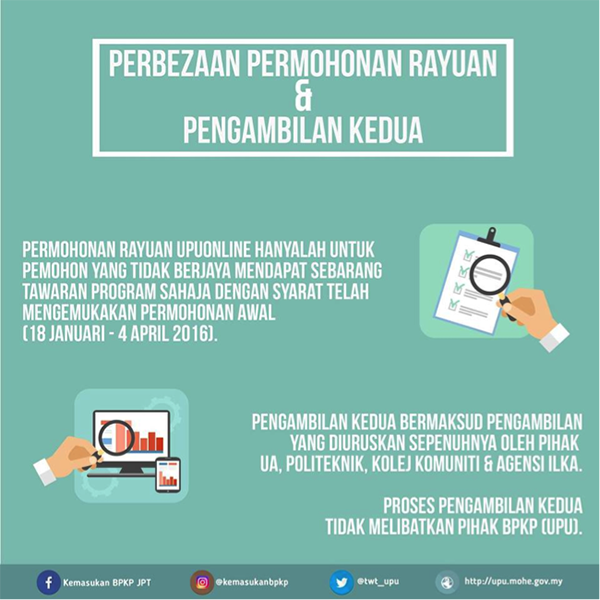