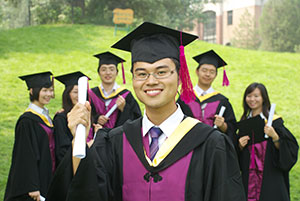 US News ranks the Best Global Universities – so which universities made it to the top 500 in terms of academic research performance and global and regional reputations?

As more students consider enrolling at universities outside their own country, US News has expanded its ranking of just US universities and has produced its inaugural “Best Global Universities” ranking. Released on 28 October 2014, the ranking is produced to allow students an insight and a comparison of institutions in the US and nearly 50 other countries.

The rankings are based on 10 indicators that measure the academic research performance and global and regional reputations of these institutions. The result is a list of the world's top 500 universities spread out over 49 countries.

The top 10 universities in the ranking are

While the US dominated the top 10 list, the rankings also revealed 11 countries with a large number of globally ranked schools. Those countries are Canada, China, France, Germany, Italy, Japan, the Netherlands, South Korea, Spain, Sweden and the United Kingdom.

Universiti Malaya in Malaysia made it to the global rank at number 423 and number 67 in Asia.

In Asia, the top 10 universities are:

The mechanism used to produced this ranking included creating a pool of 750 universities which had to be among the top 200 universities in the results of Thomson Reuters' global reputation survey. In addition, the universities were measured against 10 indicators for research performance – global research reputation, regional research reputation, publications, normalized citation impact, total citations, number of highly cited papers, percentage of highly cited papers, international collaboration, number of PhDs awarded, and number of PhDs awarded per academic staff member.