The Art of Storytelling with Creative Expert Andrew Gordon 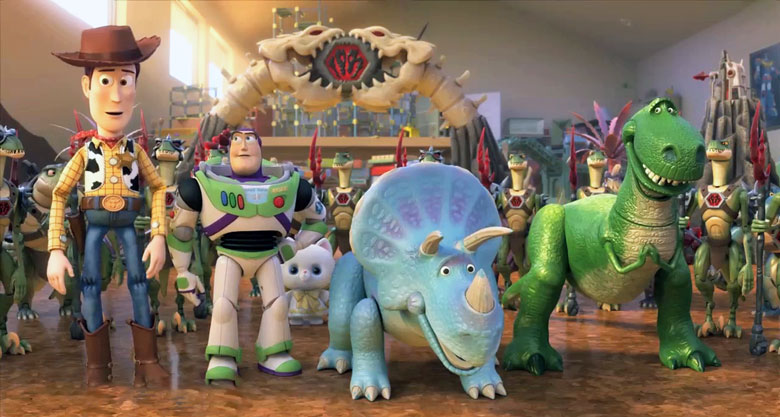 In conjunction with the Live International Masterclass: Creativity & Design virtual event, The One Academy had invited six renowned creative experts from all over the world to share knowledge, insight and information with the youth in Malaysia.

One of the experts invited to host a sharing was Andrew Gordon, a veteran in the creative industry who has worked in Disney’s Pixar Animation Studios for over 20 years. Andrew’s past works include Toy Story, Finding Nemo, Ratatouille, A Bug’s Life and more! However, his journey to where he is today was not all smooth sailing as he had to go through his fair share of challenges. Early on, he did not have the financial means to enrol in a creative institute to work on his passion, but he sought an alternative way to achieve it. He decided to take a year off and started doing internships at various companies such as Dunkin Donuts, Pepsi, Sony, and Intelligent Light. In spite of being able to work with computers and learn about animation, he felt this approach was lacking and eventually enrolled in a summer programme.

It was here that he got the opportunity to learn from industry professionals who were already in the field of animation themselves and this proved to be the key. “A lot of school that you go to, the teachers don’t really work in the industry, and I think it is really important to go to a school where people are learning and doing the work that you want to do so that you can basically feed off of them” he said. During his time here, Warner Brothers had come looking for animators and the entire school had submitted their portfolios, even the teachers. Out of all those people, only three were hired with Andrew being one of them. When asked why he was chosen despite only being around for a year and having an average animation portfolio at the time, the representative from Warner Brothers had a simple answer. “You were the only one who did a story. Everyone else did the assignment and produced animations but you made it into a story. That’s what we are looking for”. His storytelling skills had caught their eye and led to him being offered a position there. 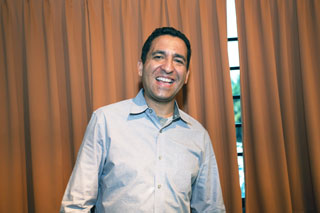 Shortly after, he applied to Pixar Animation Studios, but was rejected on the account of his work being too cartoony. However, he soon received a call from a Pixar representative who had seen some of his test work online and was invited to work on the movie ‘A Bug’s Life’. It was there that his career in the animation industry kicked off and he remained in Pixar for almost two decades working on remarkable movies such as ‘Monsters Inc.’, ‘The Incredibles’, ‘Brave’, ‘Coco’ and more. Today, Andrew is Head Character Animation at DNEG, one of the world's leading visual effects and animation studios for feature film and television.

During his session, Andrew spoke on the importance of animators understanding the art of storytelling and not just equipping themselves with good design skills. “Story is at the heart of everything”, he stated. He encouraged participants to delve deeper into honing their storytelling skills and challenge themselves to produce great stories out of everyday situations. “Ultimately, stories are one of two types, you have the stranger comes to town story where someone comes into the town and changes the world around them. Then you have got the classic hero on a journey story which is basically a hero going through all this trials and tribulations and changes”. The audience was also given short exercises to sharpen their storytelling skills and get their creative juices flowing throughout the session.

Apart from storytelling, the creative veteran also emphasised the importance of understanding basics such as lighting, camera positioning, cinematography and more to be able to bring their animation and stories to the next level. “What are you trying to say and what is the best way to say it? Always ask yourself this and equip yourself with cinematography knowledge. Study films, pause them and draw out the scenes, do the work of understanding it as would really make a difference in your animation”. Andrew then went on to explain on framing techniques, tips on pitching ideas, the successful traits of an animator and good acting. He went on to state that the technology today levels the playing field and “you don’t need to be a good animator to make great work, you just need to be a good actor”. Understand what is good acting and reproducing it in your designs is an excellent way to make good work.

The Masterclass ended with a Q&A session during which participants got an expert’s take on their questions and queries. His parting advice to young creatives was simple but profound. “I think you just have to start making your own stories and start practicing. You also want to be a little bit specific about what you want to do, you want to be a writer, cartoonist, or animator, I would pick something and then really get into it”. He advised participants to constantly keep learning and be passionate about what you do because they are the next generation of artists that is going to revolutionise creativity.