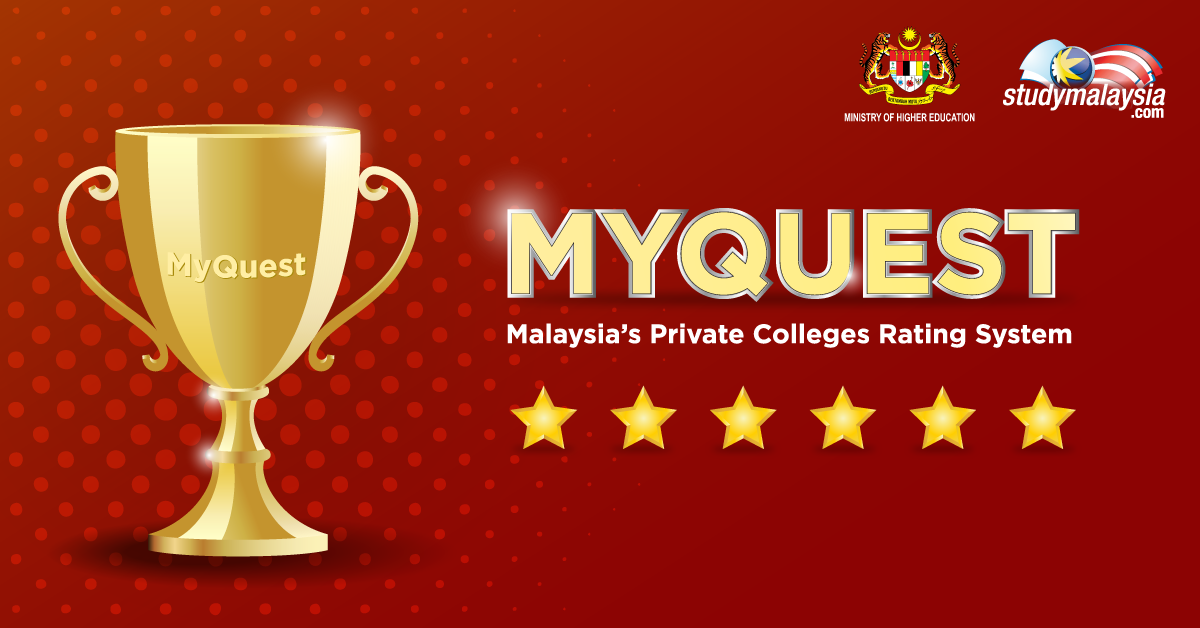 Introduced in 2011, MyQUEST, which stands for the Malaysian Quality Evaluation System for Private Colleges, evaluates and measures the overall quality of private higher education institutions in three categories: college based; cluster based; and international student services.

The evaluation is to ensure that the private higher education sector in Malaysia is raised to competitive levels through continuous improvement and capacity building. Based on the evaluation reports, the colleges are given ratings that describe different levels of quality achievement: 6 stars (Outstanding), 5 stars (Excellent), 4 stars (Very Good), 3 Stars (Good), 2 Stars (Satisfactory) and 1 Star (Poor).

Here are the results of MyQUEST 2016/17 for the colleges that received a 5 or 6 star rating in the respective categories: