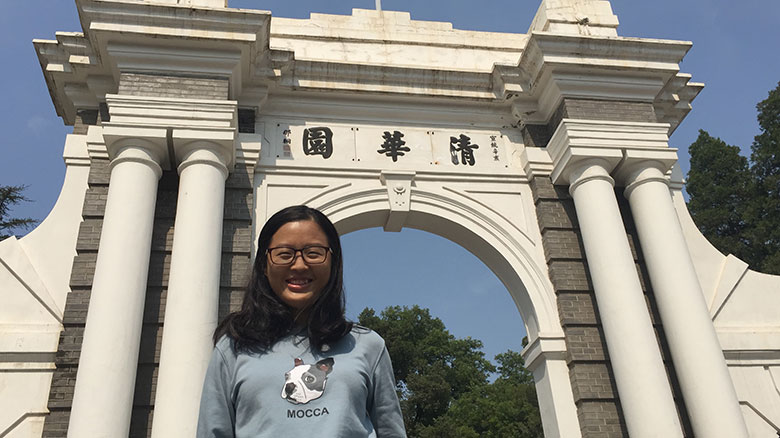 KUALA LUMPUR: When Teo Xsu Li enrolled into UCSI University’s (UCSI) Chemical Engineering programme, she never imagined that she would end up driving high impact research at a world class university in China. But that was what she was empowered to do in her fourth and final year of study.

Xsu Li was recently selected to pursue her research in DNA nanotechnology at Tsinghua University, widely regarded as the best university in mainland China. She will be innovating protein crystallisation, a process which produces the crystals needed to study the molecular structure of protein for various pharmaceutical or biotechnological applications.

At the moment, the crystallisation process is difficult and expensive which has moderated progress in related studies. This challenge is what Xsu Li is hoping to remedy.

“DNA origami has been earmarked for its vast potential as a construction material,” she said. “I will be using it to position the protein structures for crystallisation and if it works, the entire process will be simpler and thus, less costly.

Xsu Li spent her first few weeks at Tsinghua familiarising herself with the laboratory equipment and learning how to conduct the experiments she needed. With that mastered, she is now hard at work, consistently spending almost 10 hours at the lab, six days a week. 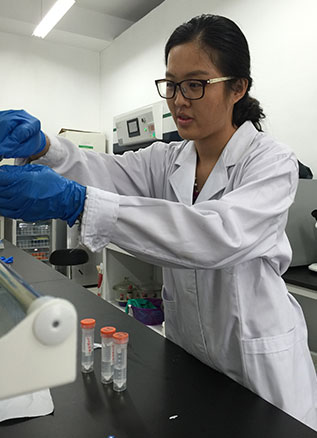 “Right now, I’m working on determining the optimum condition for protein growth,” she explained. “Once that is established, I will introduce DNA origami into the process.”

“Assoc Prof Yang is very knowledgeable and encouraging,” said Xsu Li. “We have weekly meetings to review my work and share our thoughts, and these discussions with her always motivate me and make me excited to do more.”

Xsu Li’s research attachment was made possible by UCSI’s Star Trek initiative – a specially designed programme where the brightest students are sent to gain real research experience at leading universities and with top academics from around the world.

And like her seniors before, Xsu Li underwent an intensive shortlisting process at UCSI that not only evaluated her proficiencies in the subject matter and research conduct, but also her outlook and character.

“We were looking for a candidate who was academically excellent but also eager to accept new challenges and thrive in foreign environments,” said Assistant Professor Tan Jully who helped to facilitate the selection process. “I believe we found all these qualities in Xsu Li and I am confident that she will do very well at Tsinghua.”

“I think I’m really lucky to have been chosen for this programme,” said Xsu Li. “I still can’t quite believe that I’m doing my research at Tsinghua. There’s so much to see and learn but I fully intend on making the best out of my time here to take in as much as I can.”

Tsinghua is a member of the elite C9 League in China – similar in repute to the Ivy League in USA, Russell Group in the UK and the Group of Eight in Australia – and the university stands out for its engineering and technology expertise.

Some of its more prominent researches, conducted on its sprawling 395-hectar landscape, have been referenced amongst the top 10 advances achieved in science and technology by Chinese universities.

Before she left for what Forbes has declared Asia’s most beautiful campus, Xsu Li spoke with Dr Jerry Heng from Imperial College London’s Department of Chemical Engineering who had assisted with her placement at Tsinghua, and with Assoc Prof Yang.

Both had helped her refine the direction of her research but Xsu Li is hoping to take away more than just favourable results from her experience.

“I want to gain more knowledge on how to conduct research-based studies and to improve overall as a researcher,” she said. “I also hope that my time away from home will train me to become more independent and self-reliant.”

The Selangor native is the youngest daughter of a father who works as an industrial gas engineer. While he did not inspire her choice of study, Xsu Li found herself gravitating towards engineering all the same.

Her academic merits achieved during her secondary school years earned her a scholarship award from UCSI and at the University, she wasted no time in making her mark.

Her hard work and perseverance in a discipline that she insisted she did not have a natural aptitude for propelled her onto the Dean’s List every semester.

After class, she actively served leadership roles in the Student Council and the IChemE Student Chapter. She seized the opportunity to explore her interests by participating in a business competition, of which she emerged a finalist.

Unwittingly, she was setting the stage for the very highlight of her university experience.

“To work with a top researcher and in one of the best research facilities in the world is a priceless opportunity for a student,” said Asst Prof Jully. “I wish Xsu Li all the best and hope that she will greatly expand her horizons at Tsinghua.”

“I owe everything to my family, friends and lecturers,” said Xsu Li. “These are all the people in my life who have raised me up and made me who I am. I am very lucky and blessed to have them by my side.

I’m grateful for my lecturers at UCSI, especially Asst Prof Jully who provided me with endless guidance throughout. I hope that I’d be able to repay them by doing them proud at Tsinghua.”

Xsu Li follows the departure of her classmate and fellow Star Trek student, Lee May Yan, who left in June to pursue her own research in cenosphere enhancement and optimisation at Imperial College London. They will both return to complete their final semesters at UCSI.

Star Trek launched in 2014 when UCSI’s top medical student Cherish Chong Chiu Wern was selected for an intercalated year-long research programme at Harvard. Since then, more arrangements were made with other leading institutions of global repute, and more students are sent abroad each year.