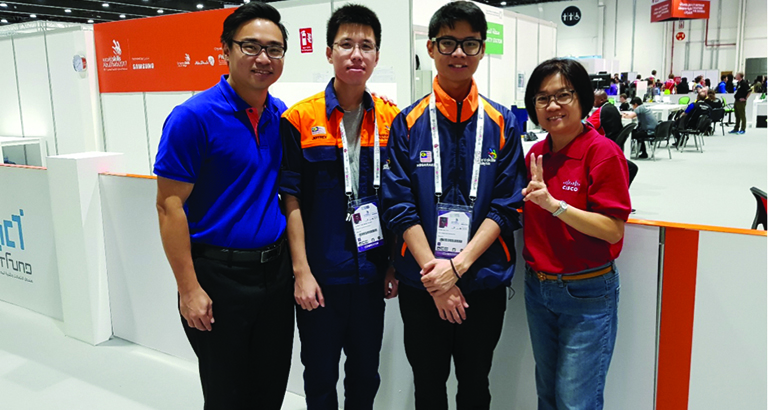 In the WorldSkills Competition 2017, a total of 51 categories in the competition was open to participants from nearly 60 countries and regions of which Web Design and Development was one of the categories. In this category, Teoh Jia Jun went head to head with participants from 35 other countries and he succeeded in winning a Medallion For Excellence. “It is a great feeling to be the first Malaysian to represent the country and what is more enriching for me is the experience of meeting other like-minded students from various countries. I had the opportunity to interact, discuss and share information and updates on web design and other related topics with them and it is so fulfilling to learn from other students in different regions,” he explained.

Jia Jun went on to share the challenges he faced in the competition and how he dealt with them. He said: “As it is an international-level competition, the requirement of the competition was very complex. I was given the challenge to develop web applications for different case studies. Thus, it was expected of me to be knowledgeable in web design and development which are two huge areas. On top of learning and understanding the foundation, I also needed to know the advanced levels of these areas in order to compete in the competition. Another difficulty I faced was that I had to compete in an open area where the public were allowed to see what I was doing and give their comments. This arrangement did not help as it was very distracting for me and I also had to race against time to complete the challenges in the competition.”

“Despite all these challenges, I am very thankful for having my lecturers with me during the competition. Their constant motivation and encouragement was an added boost to my confidence and with the solid foundation I have built during my study in TAR UC, understanding and applying the advanced levels of web design and development was not a problem for me.” 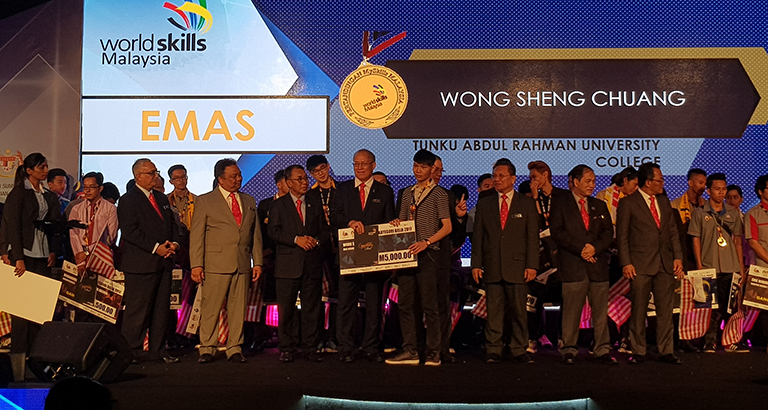 “I must also mention that without the knowledge and insights from my lecturers, preparing for this competition would have been very challenging. My lecturers were committed to ensuring that they imparted their valuable knowledge to me so that I was well-equipped to do the best in the competition,” he emphasised. As the winner of the Gold Medal, Sheng Chuang was awarded RM5,000 and a certificate.

Datuk Dr Tan Chik Heok, President of TAR UC, was very pleased with the students’ achievements. “Such competitions are a very good indicator of the strength and quality of our education. With Jia Jun and Seng Chuang’s achievements, it only goes to show that TAR UC’s holistic education continues to scale greater heights particularly in nurturing our students to be the best in what they pursue. In addition, the wins are significant to us as they reinforce our credential as the Premier Digital Tech University. I am certain that these achievements will spur us to contribute more in terms of human capital development towards digital economy,” he said.