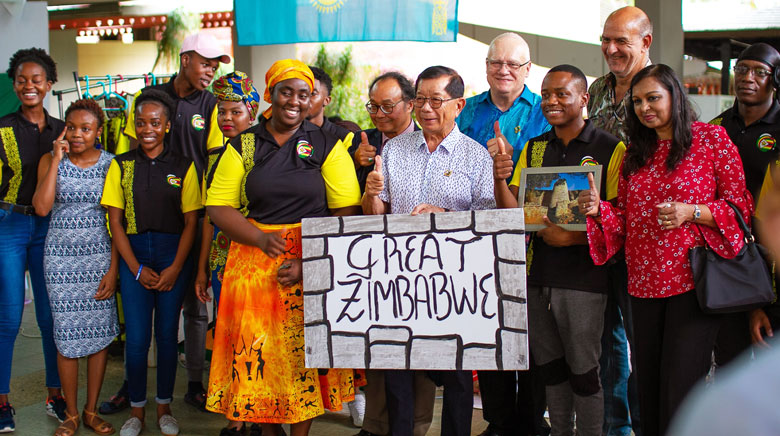 Miri – 25 May 2019 – The highly anticipated International Festival or iFest organised by the international students of Curtin University Malaysia (Curtin Malaysia) at its campus recently turned out to be a most spectacular affair.

Spearheaded by the International Students Association (ISA) of Curtin Malaysia with the support of the Curtin Malaysia Student Council, the coming together of students from over 50 different countries to celebrate Curtin’s commitment to multiculturalism and international engagement saw spectacular displays of culture, food, fashion, talent and more. 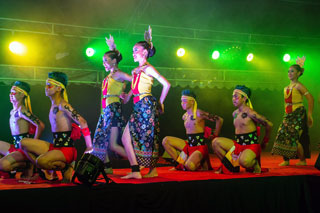 Themed ‘World Without Borders’, the festival, which is in its ninth year and held in conjunction with Curtin Malaysia’s 20th anniversary, featured country showcases, a fashion show and cultural and musical performances to highlight its diverse community of students and staff from countries spanning Southeast Asia, East and Central Asia, the Indian Sub-continent, Africa and the Middle East, Europe, Australia and other regions.

Mechanical engineering student Khalpeash Premlall, who hails from Sri Lanka, said he appreciated the spirit of peace and unity in this year’s event.

“In light of the recent happenings back home, which have greatly saddened us, I believe that no matter the racial background, religion or skin colour of a person, humanity comes first,” said Premllal.

Applied geology PhD scholar Rakesh Roshan Gantayat from India said that he and his compatriots decided to showcase a ‘live monument’ of India by having team members represent as many Indian states as possible by donning the different states’ traditional costumes and promoting each state’s unique culture to those visiting their booth.

“It is hard to properly represent the whole of India with a population of 1.3 billion and more than 100 ethnic groups, each with their own distinct food, clothes and language. That is why we decided on live models to showcase the diversity we have, our cultures and heritage, and to embrace our differences while celebrating our togetherness,” said Gantayat. 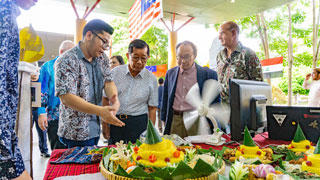 Final-year chemical engineering student Jerin Thomas from Kuala Lumpur, meanwhile, said he was grateful to be emceeing the event, which was his last before graduating.

“My favourite part of iFest has always been the fashion shows because we can see young people proudly embracing their culture and identity by parading their national costumes,” said Thomas.

“iFest is an event where we get to be culturally educated while putting aside our differences and just embrace each other as one community,” he added.

“In addition to celebrating Curtin’s spirit of multiculturalism and inclusiveness among students and staff, it is also an occasion to build cultural ties with the local community who are invited to attend each year,” Saqib said.

Curtin Malaysia pro vice-chancellor, president and chief executive Professor Jim Mienczakowski said that he was proud to see how the international and domestic students came together to bring the event to life. 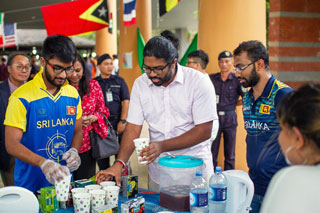 “Our students are what makes Curtin global throughout our campuses in Australia, Malaysia, Singapore, Dubai and Mauritius,” said Professor Mienczakowski.

He said the staff and students of Curtin Malaysia take great pride in their cultural diversity and the fact that Curtin is ranked as one of the world’s most international universities, and the most culturally diverse university in Australia.

“No matter where our students or staff are from or who they are, we will strive to create a welcoming community that is inclusive and celebrates diversity,” he remarked.

Curtin Malaysia pro-chancellor Datuk Patinggi Tan Sri Dr George Chan, in his address to the students, said they should use their time at Curtin Malaysia to create lasting friendships and connections with people of all backgrounds and nationalities in order to become global citizens.