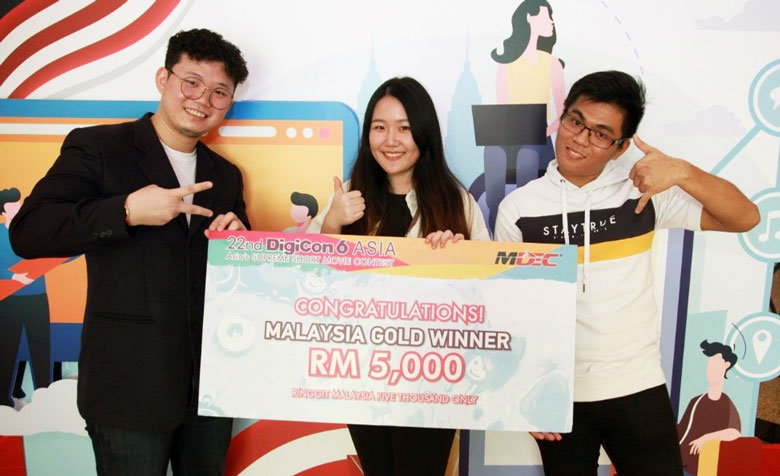 “A Folded Wish” is a CGI animated short film created by 19 students who majored in the Digital Animation and Illustration courses at The One Academy for their graduation project. In recently announced results, the film was named the Malaysia Gold Winner in the 22nd DigiCon6 ASIA Awards – Asia’s Supreme Short Movie Contest, and chosen to represent the country in the final round of the competition. It also won the Excellent Works title under the Division II: “CG Animation Theatre” category in Asiagraph 2020, an international event where creators from Asian countries exhibit their works and compete for the top honours.

Inspired by an ancient Japanese legend and set in the 1940s Sh?wa era, “A Folded Wish” explores the tale of a pair of twin sisters who share a wish, hoping for a miracle. Referred to as ‘Senbazuru’ which literally means ‘1000 cranes’, the legend promises that anyone who folds a thousand origami cranes will be granted a wish by the Gods. The team of students, who call themselves Artmoeba Productions, though relatively new to filmmaking, have showed advanced skills and work quality in their film, proving their passion for the arts. The film has amassed 15 million YouTube views and counting. 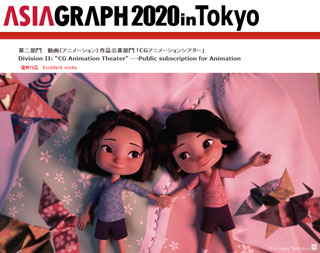 Q: Thoughts on winning in the 22nd DigiCon6 ASIA and Asiagraph 2020?

Chien Huey: The news of our team winning the awards definitely caught us by surprise! We feel extremely happy and honoured to be selected as one of the winners, and the international recognition alongside other competent filmmakers is such a huge affirmation to our hard work and effort that we had put into our film. It gives us immense joy to see our work receiving so much love and appreciation.

Sion: I felt surprised, touched and appreciative definitely! All members of the team worked hard side by side during that period to achieve what we wanted. We got to learn so much along the journey. I will always remember this as one of the best memories of my college days at The One Academy!

Q: Where did the inspiration for “A Folded Wish” come from?

Chien Huey: In a voting, the story that I wrote was picked to be worked with and developed for our final year project. The idea stemmed from my love for origami. I learnt about the ‘Senbazuru’ tradition when I was young, and thought that it was such an incredibly precious and beautiful gesture, especially when one is dedicating it to a loved one to wish for good health. My team members and I then incorporated this practice into a meaningful story of two twin sisters, who were sick but wished to be healthy together. 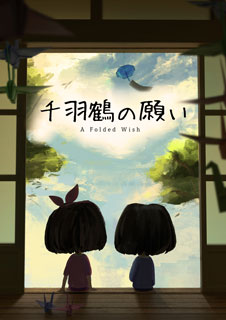 Q: How was it like to work on a production together?

Chien Huey: The entire project took about 15 months (4 months in pre-production and another 11 months in production/post-production). As the director, it was very important to have a strong sense of responsibility because I had to oversee each department throughout the making of the short film. I believe that efficient communication was a key element in creating common understanding among the team members. Quality control was also a necessity so regular critiques and feedback sessions were conducted to ensure that the project was progressing towards our targeted vision.

Nur Halimah: I was involved in both the story and the concept department, so I was given the role of co-director. It was a bit rocky in the beginning, having to navigate such a large number of people. It helped that all of us were quite skilled, so we were satisfied with whatever roles we were given.

Siti Balqis: I was assigned to be the art director for this project. The organisation was a bit messy at first due to miscommunication. But, with the guidance from my peers and lecturers, I gained more confidence and trust from others, which led me to work better and guide the artists well to achieve good concept artworks.

Q: What were some of the challenged faced, and how did you overcome them?

Chien Huey: Since this was the team’s first 3D-animated short film, we were inexperienced and made various mistakes in the beginning. Besides encountering technical issues like cloth and hair simulation, another major difficulty we faced was to construct a good flow for the story. Since we were producing a heart-warming film, we thought, how could we bring out the necessary emotions from our audience? Anyhow, the valuable suggestions from the team members along with the guidance from our lecturers helped us to eventually overcome these obstacles together.

Siti Balqis: It was a bit challenging at first, because we needed to explore many kinds of art styles to match with the story. But after many trial and errors, we eventually managed to pin down the most suitable art direction and were very happy with the result, more so when our illustration came to life in the final product.

Philip: The most challenging part for the animation team was to finish an 8-minute short film. We were worried that we weren't able to finish all the animations on time, we were stressed out and rushing to complete all the shots. Luckily, our lecturer extended our submission deadline and told us to push ourselves for a better quality of animation. After 6 more months of hard work, we finally finished our animation with great quality. 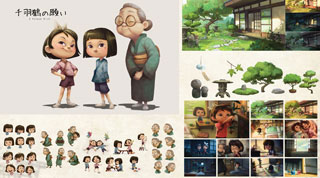 Q: Any fun memories while working together?

Sion: This final project was basically the completion of my college life. Going to the classroom every day was the happiest days of my college life. Getting to chat, hang out and work together in the lab are memories and experiences that I sometimes wish that I could still have nowadays.

Shane: Brainstorming and creating believable characters with my fellow group mates was the best part; we were able to give room for creativity and express them wholeheartedly. It's still one of the best group project experiences that I've ever had.

Q: How has your learning experience helped in your filmmaking journey?

Chien Huey: Throughout the semesters, each team member was able to gain a particular set of skills as we specialized in either illustration, 3D animation or 3D modelling. Besides that, we attended weekly critique sessions and received guidance from our lecturers so that we could familiarize ourselves with other subject matters such as lighting/compositing, sound effects, and more.

Shane: Through the making of "A Folded Wish", it helped us to understand and be a part of the complicated pipelines of animation filmmaking, which is definitely a useful experience for when we're working in the industry. We gained a better understanding of what kind of tasks have to be done to smoothen the production progress. 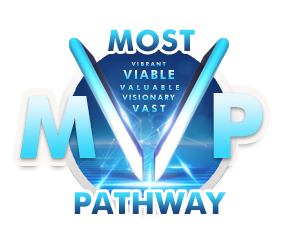