The Covid-19 pandemic has severely impacted livelihoods and some major industries as countries around the world began imposing lockdowns. The deadly COVID-19 virus has threatened the lives of billions worldwide. To date, more than a hundred million people have been infected with the highly contagious disease. This has caused businesses to halt, travel curbs, restricted movement and prevented millions from going to work.

It is safe to say that most industries have felt the blow from the global pandemic. Nevertheless, some sectors have been thriving amid the coronavirus crisis. These include tech, e-commerce, healthcare and even video gaming. One of such sectors is the creative industry, namely gaming, entertainment and animation. This field has grown exponentially as more people spend time indoors and opt for other sources of entertainment, escape and community. Video, computer and mobile games are definitely on the rise as existing gamers now have more time to hone their skills whereas non-gamers hop on the bandwagon as well.

In March, the release of Nintendo game Animal Crossing: New Horizons saw higher sales than all of the series’ previous games combined. Similarly, game streaming platform Twitch saw a 10% increase in its global usage in the same month, according to gamingindustry.biz. Overall, the future of the video games industry is strong as it is predicted to continue to grow from its current market size of $167.5 billion (£129bn) to $291.16 billion (£224bn) by 2027.

But does this only apply to the international gaming scene? What about right here on our home ground? We got in touch with a few local creative professionals to see how their businesses are going during the Covid-19 crisis.

Loh Kin Sun is one of Malaysia’s best commercial illustrators. Popular in both the East and West creative scene, he was one of the illustrators of Mah Wing Shing’s highly-popular Storm Riders (‘Feng Yun’) comics and a penciller for DC Comics’ Batman. When asked how has the pandemic affected his business, he stated that work had actually picked up and he was hiring more artists to cope up with the demand.

“We had to practice better job scheduling and working system as we hired more artists. Since they were working from home, the junior artists had to be closely guided by the seniors to ensure we always maintain our high-quality artwork”, he said. 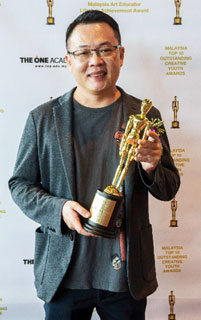 Speaking on whether the pandemic was an advantage for the creative industries, Kin Sun said that it may not be case. “People are just staying at home more now, hence they have more time to play games. This led to concept artists having more job opportunities to keep up with the gaming industry needs”.

Jarold Sng, local concept artist, illustrator and the proud owner of Ten Ten Studio also spoke about the pandemic’s impact on the creative market. “The pandemic has created a surge of demand, partly due to the increase in digital consumption, particularly in the video game and streaming content industry. Along with the ever-evolving restrictive SOPs of working spaces, there are several risks to have the companies running at full capacity. As such, there has been an increased demand of external vendors like Ten Ten Studio, as well as independent artists”, said Jarold.

Ten Ten Studio was set up to with the idea of going against the typical remote-based design house, instead Jarold and his business partner Jason wanted to set a physical studio where people could mingle and work together to create great art. With the implementation of work from home orders, they did experience a slight setback but are determined to make their vision a reality.

“As we started to shift to work from home, the artists did enjoy the privacy and control of their own time, but I think over time it’s not healthy as it’s becoming harder to separate work and personal time. Less face-to-face interaction lead to a lack in the human aspect of communication, however from a business end, our services and products are primarily digital content, so there is no disruption in our distribution, in fact what has happened is the opposite- a surge of demand”, he stated. 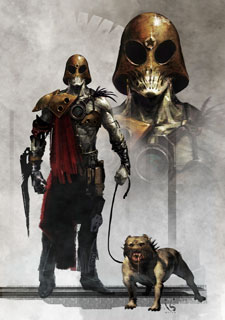 Although many industries have taken a hit, the creative industry is thriving as the demand for entertainment grows more than ever. With Malaysia gearing up to become Southeast Asia’s gaming hub within the next few years, the time has come to start venturing into the creative industry. Following the example of the many successful Malaysian artists and designers who are reaching new heights with their art, the future of our local creative industry does indeed look very promising.