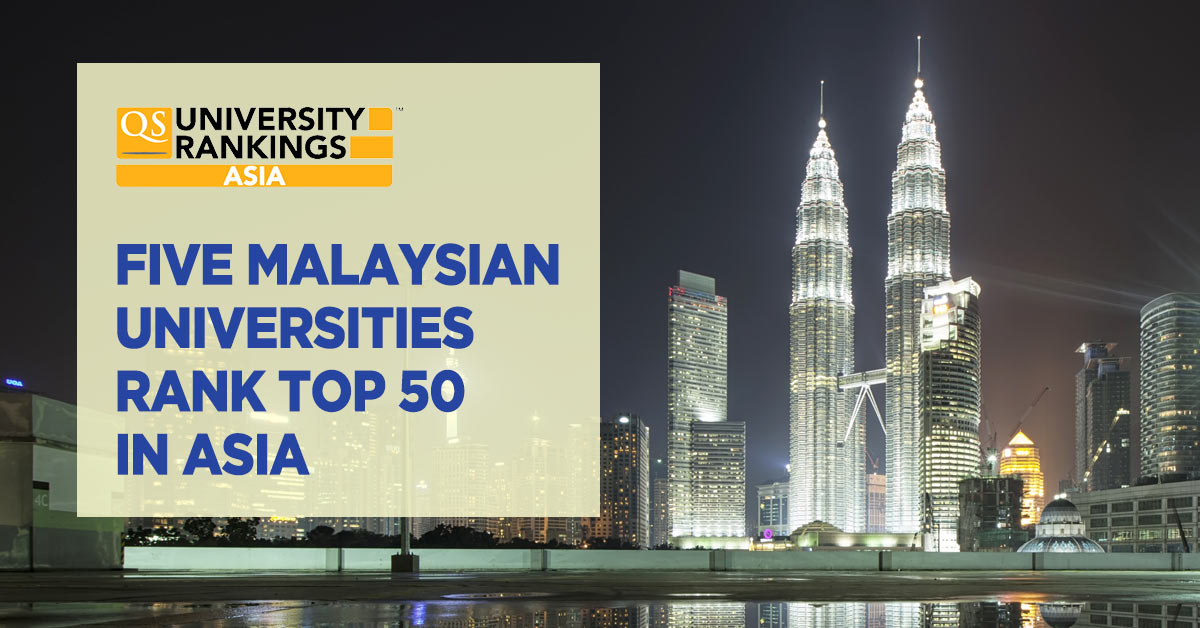 According to QS, this year’s rankings were compiled by assessing universities on 10 different indicators, including the proportion of academic staff qualified to PhD level and the proportion of inbound and outbound exchange students at the university.

A total of 27 Malaysian public and private universities were included in the ranking, out of which 22 rank within Asia’s top 300. Eighteen of these universities also showed improvement in their rank. Leading the top of the table is Universiti Malaya which jumped three spots from 27 to 24. The university with the most impressive improvement in rank is UCSI University which climbed from 343 to a shared position of 212. 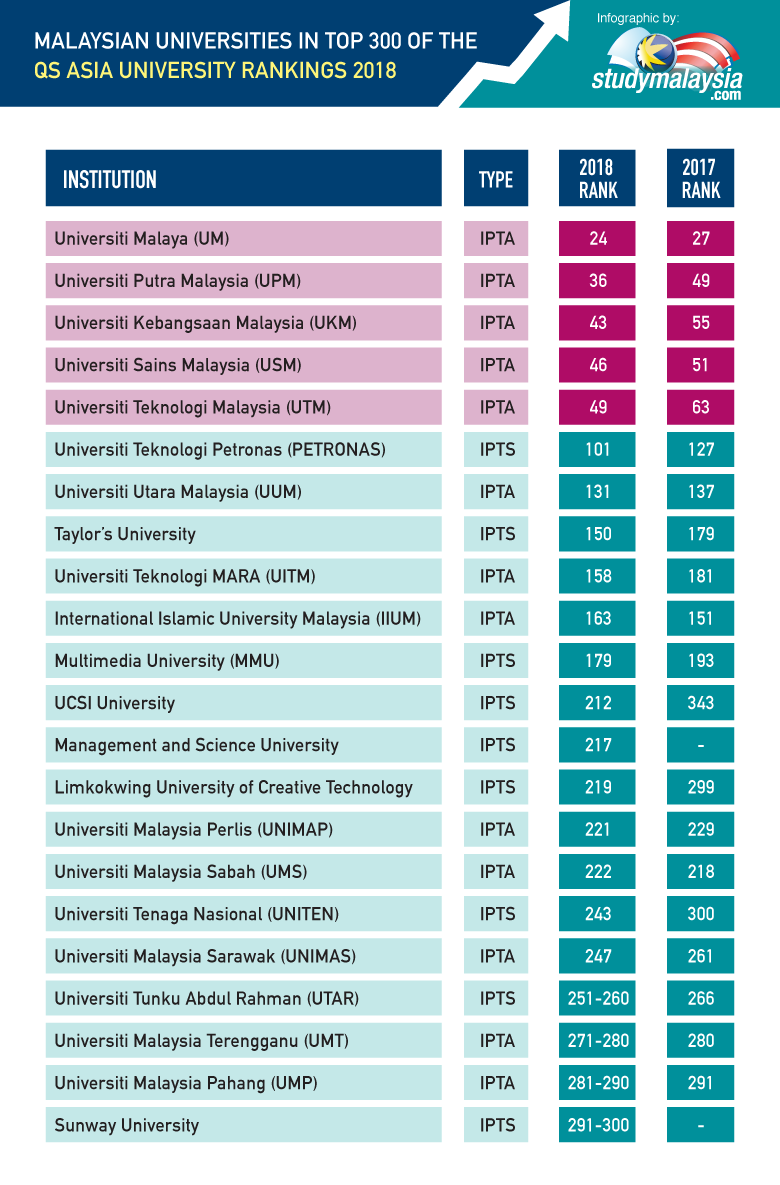