We've all heard of "the Useless Degree."

These "career-killers" are rare but no doubt that at some point in our lives, in some way or form, we've encountered their existence. However, what a lot of people always seem to misunderstand is there is no such thing as a Useless Degree. So never fear! We are here to clear up some of the confusion (or anxiety).

What exactly is a Useless Degree?

Generally, Useless Degrees fall into the humanities category—subjects such as history, languages, philosophy, sociology, etc. — but occasionally, subjects such as physics and astrology also get dropped into the same box. Why? It's because these are degrees that have no direct application in the job market. Universities will market their Useless Degrees (they don't actually call them that!) as degrees that will equip you with "critical thinking skills" and "effective communication capabilities." The problem is that most will think that such skills can be learnt outside the classroom and that a degree will be wasted. Without specific skills such as accounting or the ability to surgically replace kidneys, many people struggle to link the so-called Useless Degrees with jobs. 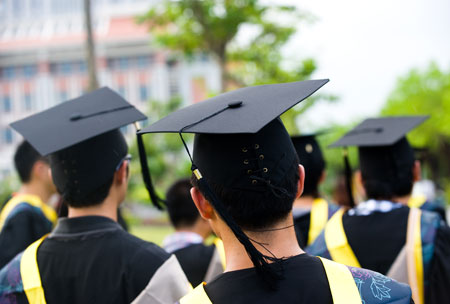 So, why aren't these degrees useless?

There are a variety of reasons, but let's first debunk the myths. Contrary to popular belief, critical thinking skills and the ability to effectively communicate cannot easily be learnt in the real world. There is no denying that these are not magically limited to the classrooms of higher education but what universities and colleges do is provide a half-in-half-out bridge that links the world of education with the working place. They are committed to being spaces where students can gain a higher level of analytical skills that are necessary to survive in this changing world.

That said, something important to know is that all skills, whether or not they are specialised or not, are still valuable. These days, companies open their doors to anyone with ambition and a willingness to work. They do not discriminate between students of philosophy or law. Across the board, consulting companies will hire graduates from a range of degrees, including those who study history and philosophy. You can find physics majors who become photographers and engineers who open publishing companies.

Which brings me to my next point: the world is changing. The emergence of the Internet has radically effected how the job market works. No longer do companies turn to the graduates at their door when they can instead outsource their needs to cheaper countries. There is little need for stockbrokers (the old standby of finance students) when the Internet provides the public with the necessary knowledge to do their own trading. Now companies need their employees to be equipped with new skills, such as coding and software writing knowledge and the demand for graphic designers continues to climb.

So what do I do now?

There is no easy solution to this problem — it's not like you can magically become a doctor with your BA in Anthropology. But you need not panic because there are many things you can do to improve your employability. While the Internet decreased the need for many jobs, it has also created ways for students to pick up new skills on the side. Online schools such as Treehouse and CodeAcademy offer courses in software design and web-writing, while others like Coursera, OpenLearning, edX and several universities — including Harvard, Yale and Princeton — have introduced free online learning programmes so you can learn literally anything you want.

Make the most of your school! Often, universities and colleges will help students with their CVs or resumes, interview skills and job applications. What happens next is that you need to take the initiative to 'up' your employability. At the end of the day, the words on your graduate certificate mean very little; what matters most is how you use it to get to where you want to be.

Sources for this article: