by StudyMalaysia.com on February 27, 2015 | English in Malaysia 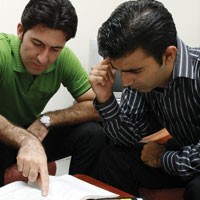 The world has been undergoing rapid changes since the middle of the last millennium. With the 'Information and Communication Age' sweeping across the world's leading economies, the knowledge pendulum has been swinging far and fast across the spheres of economy, employment, lifestyles and communication.

The ICT Age and its kindred buzzword the k-economy, with all their revolutionary ideas and benefits such as greater access to information and communication and changes in employment skills and competencies are replacing the traditional ways people do things and proven strategies to address the evolution of issues and trends. Likewise, people's lifestyles are in a constant state of flux as they cope with unemployment, job changes that require re-training and flexibility, the need for multi-skilled employees and an emerging desire for greater personal fulfillment.

As a result of the ICT Age, Malaysia, like the rest of the world, found herself facing some radical changes, which, towards the end of the last century, were reaching a critical point. A traditional society is passing away and another is forming. A new society is on the rise, one which follows the wake of globalisation of the world's economies through the Internet wave.

Progress in industries, development of new trades, changing relationships between employers and workers, greater self reliance of workers who were also called to be flexible and possess multiple skills, mobility and resourcefulness are some of the positive challenges of a globalised world. For countries that do not attempt to keep up, it meant a world increasingly separated by the digital divide. 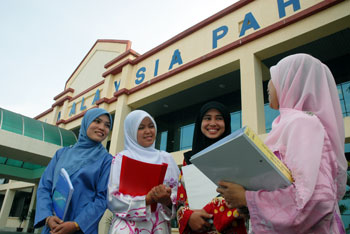 In keeping pace with the digital age, the Malaysian government had promptly introduced guidelines for schools, universities and the human resources council to create a lasting paradigm of learning to be instilled in our children and the k-workforce. Among the guidelines formulated was a corpus for dealing with the question of Malaysians' literacy in IT and the English language.

The corpus was developed on the foundation that the government, academics, economists and human resources council would analyse social realities, make judgments about them and indicate directions to be taken for a resolution of the problems involved in adapting to the new economic order.

It then became apparent that one of the social realities confronting Malaysians was the international revival in the recognition of the importance of English language literacy paralleled by the national deterioration of its usage and mastery. Not being able to use, let alone master, the language of the computer and Internet age was seen as a spectre of doom over the future state of Malaysia, considering the reliance on, and reward from, Internet-based enterprises such as e-commerce, e-business and e-learning as experienced by the globalised knowledge economy.

Herein lay the government's challenge to all schools, colleges and institutions of learning in both public and private sectors. Malaysians are increasingly made aware of the initiatives proposed by the government that institutions of learning try to adopt for their curriculum, strategies such as e-learning and SMART learning in the classroom to encourage lifelong learning and the application of intelligence. In addition, the government also called for civil servants and human resources personnel to channel their funds towards upgrading their skills in using the English language. These were some of the fundamental principles governing the creation of IT and English language literacy.

Equally fundamental to developing language literacy was the testing of the level of literacy. In the national education system, English is taught and tested as a second language from the first year of an individual's primary education to the end of their secondary education in Form Five. However, English ceases to be taught or tested at the Sixth Form or pre-university level. Ironically, upon entry into the local public tertiary institutions, these students are required to undergo a course in English language proficiency.

It was with the dual purpose of filling the gap with respect to the training and learning of English and that of consolidating and enhancing the language literacy of the Sixth Form and pre-university students, that the Malaysian University English Test (MUET) was first introduced in 1999.

The MUET syllabus aims to equip students with the appropriate level of proficiency in English so as to enable them to perform effectively in their academic pursuits at tertiary level. From a broad bulbous base, the syllabus is designed to bridge the gap in language needs between secondary and tertiary education by enhancing communicative competency, providing the context for language use that is related to the tertiary experience and developing critical thinking through the competent use of language skills.

Specifically, the syllabus deals with all the four language skills - Listening, Speaking, Reading and Writing. The test instruments are devised to measure the respective skills at a subsidiary level of proficiency, i.e., between the Credit Grade of the O-Levels and the minimum Pass Grade of the A-Levels English. 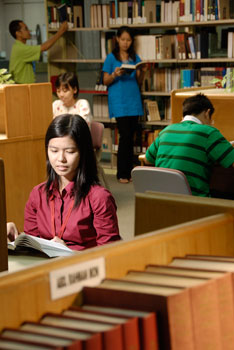 The MUET is administered twice a year, i.e. in June and December. The timetable for the test will be sent to candidates through the respective State Education Departments.

The opening and closing dates for registration will be announced by the Malaysian Examinations Council in the local newspapers in February and August.

Leading the private sectors' pack is ELS Language Centers Malaysia, whose MUET Test Preparation course combines the use of MUET test analysis and test-taking strategies with UNITAR's MUET CDs. It is a 6-week programme which emphasises teacher-guided instructions and practice exercises on the four examination components - Listening, Speaking, Reading and Writing.

Inquiries about the MUET Test Preparation programmes can be made at the respective colleges and schools.