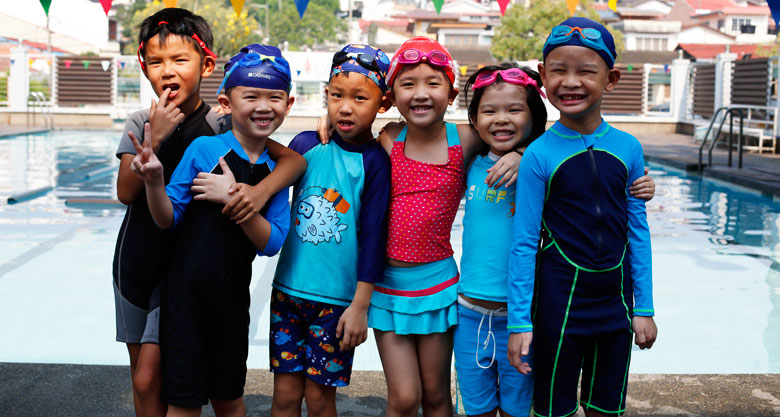 KUALA LUMPUR, November 19: Discipline, competitive, confident and able to conquer. These are some of the children’s characteristics built from swimming lessons provided by UCSI Child Development Centre (CDC).

Looking at the connection between swimming lesson and development of the pre-schoolers, UCSI CDC has recently formalised the swimming lesson in their curriculum. Providing one-hour lesson each day, it is a full spectrum in teaching children aged 5 and 6 how to swim.

Senior Director of UCSI CDC, Lim Boon Wah said that the swimming lesson was one of the uniqueness of the centre as they are the first in Malaysia to provide the lesson to pre-schoolers aged 5 and 6 years old.

“The reason why we chose to have this lesson provided to pre-schoolers aged 5 and 6 years old was due to the child milestone report. Most of them are prone to instructions and can easily absorb the lesson,” he added.

“Moreover, we have been telling the parents that our coaches are certified lifeguards and they can only handle five students at one time,” he said. 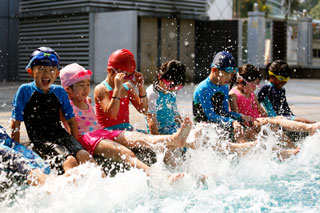 Boon Wah also highlighted that though the parents were contemplating about the lesson at first but it went well when their children were enjoying the lesson. He elucidated that the pre-schoolers aged 4 and below were excluded as they are still learning to comprehend the instructions given to them.

“We have done the pilot test since December 2018 and in early October 2019, we have launched it in our syllabus.

“For our first batch, we have a total number of 12 children with 3 of them were able to proceed to the intermediate level. What we did was making them learning through playing in which it resulted to them feeling happy,” Boon Wah stated.

He remarked that the difference between UCSI CDC and other centres is that they do not give any tests as it would pressure the students. As long as the children are able to perform at their level, a certificate of upgrade will be given to them.

Boon Wah hoped that the coming batch of students would be more open in receiving swimming lesson as part of their curriculum because it would not only help the students in their surviving skills but acquiring new skills as well.