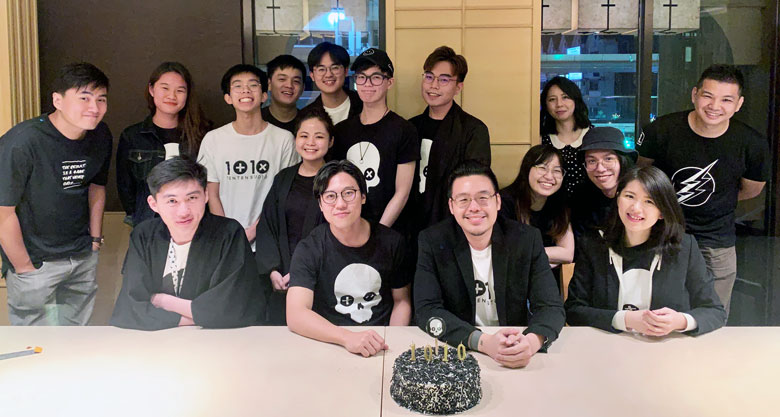 The story of Jarold Sng, alumnus of The One Academy is one for the books. Born and raised in Malaysia, he has had an interest in art, design and storytelling for as long as he can remember and today, he is a concept artist, illustrator and the proud owner of Ten Ten Studio, a boutique CG production house specializing in a more hands on approach to CG asset creation.

His journey to success was filled with its own set of challenges. A slow learner growing up, Jarold was an introvert who killed time with drawing and crafting. He always knew that he wanted to work in the creative field and during his early years, his parents put forth the idea of him getting into the architecture field in the future. “But like any young boy growing up in the 90s- I was fed a steady diet of Power Rangers, Digimon, Gundam, Transformers and the works”, said Jarold and this deepened his interest in the creative arts.

Despite getting hit by the Asian financial crisis, his parents managed to work their way back up, allowing him the opportunity to get a formal art education. Having scored straight A’s for almost all subjects in SPM except for one, there were many options for him to further his studies in. However, his mind was set that art was what he wanted to do. Upon completing SPM, he attended an education fair in Midvalley Megamall and it was here that he first learned of The One Academy. “I stopped my tracks at their booth- at the time they had these large printed standees of 3D modelled robots, and in my heart, I said “this is where I belong”, recollected Jarold. 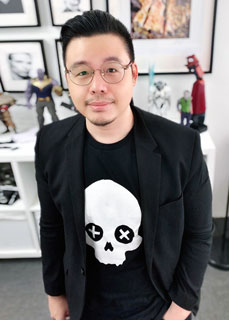 A big believer in formal education, his time at The One Academy was truly memorable. Aside from having a platform and colleagues who helped him hone his techniques and opened him up to totally new art forms, he stated that it was also a place where he could get his creativity measured and formally critiqued. “I have formed so many lifelong friendships there as well- and that I am very grateful for”, said Jarold.

Upon graduating, he was hired by Lemon Sky Studios as a CG generalist. During his tenure there, he had the opportunity to grow in experience at the same time that Lemon Sky grew as a company. After seven years, he left the company as an Art Director to form his own studio – Ten Ten Studio with his partner Jason Pua. To date, they have worked with clients such as Epic Games, PUBG, NetEase, NCSoft, Disney, Warner Brothers, Marvel, DC and more. A recipient of the Malaysia Top 10 Creative Youth Award, Jarold admits that while awards and accolades are tempting and immensely useful to get jobs, he personally believes in a quieter, positive daily work ethics instead of seeking fame and recognition at a higher pedestal.

When asked about his source of inspiration, he said that he has inherited his father’s work resilient work ethics which he hopes to match with his mother’s kindness one day. Professionally, he looks up to H.R. Giger, Todd McFarlane, James Cameron, Ridley Scott and Syd Mead. Living up to his motto of ‘small improvements daily lead to big achievements later’, Jarold aims to continue providing valuable art for the gaming and film industry, continuing his collectible line (METAL HEADS) and directing short films. His words of wisdom to the youth is simple but profound. “Always be willing to work. I believe that if you display positive attitudes towards learning, improving and have a healthy working attitude- the industry will eventually reach out to you”.