Whether you are a Transformers fan or not, admit it, you will be blown away by the visual effects (or also known as VFX) in the Age of Extinction. Despite many unfavourable reviews by critics, box office numbers are stacking up – grossing at a six-day domestic total of $128.7 million in the US and $714 million worldwide.

The exciting chases, battling robots, in-your-face action and realistic sound all make this a heart-pumping experience. So what is it about the visual effects that are so stunning? Released in 2D, 3D, and Imax 3D, Age of Extinction is the result of hundreds of people and dozens of artists working together to bring every scene and every frame to its mega-robot epic glory. 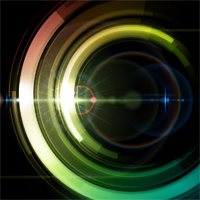 Using computer-generated imagery (CGI), artists transform (forgive the pun) these characters into fluid shape-shifting action that will leave you in animation awe. As the robots rotate, move, and disappear within each other, every moment is a calculated harmony of practical effects, animated effects, rigid dynamic effects, particle effects, and lighting and rendering.

According to Industrial Light & Magic's VFX supervisor Scott Farrar, Age of Extinction was shot using as many real things as possible, e.g. using miniatures when possible.

"We start with real locations, we don't start with a synthetic city, we start with a real city. We might have to piece together parts of the city that has to be destroyed, but we start with the real Hong Kong. Or the Beijing, or the Chicago. And then we make everything."

Farrar also explained that they can't just put in a CG (computer graphics) thing that doesn't look as good as the real thing. He said that a lot of work has to be put in to make sure that the models, texturing, and paint all look photo-real. This means lots of firepower in their render farm, and a lot of attention to detail on the part of their artists.

Intrigued? Think a career in computer graphics and animation could be your thing? Check out courses in digital animation, graphic design, multimedia, creative technology and more here