by StudyMalaysia.com on February 25, 2015 | Useful Topics 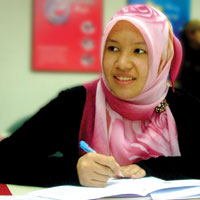 In 1989, the implementation of the KBSM resulted in curriculum reorganization with the inclusion of two subject groups - the Core Group and the Elective Group. The Elective Group consists of subjects such as Humanities, Vocational Studies & Technology, Sciences and Islamic Studies.

Selections of the elective subjects are of free choice and not mandatory as required previously. The students are counselled by the school to select such subjects based on their interest and ability It is feared that students may select 'light' subjects without proper subject management or with unsuitable subject combinations to proceed in their respective fields. In regard to this, schools are introducing specialised packages for selection, based on the determined ratio of 60% of science & technology and 40% of social science.

The following proposed packages are based upon the main concept whereby the number of subjects is minimum but suitable subject combinations is the basis for students to proceed their education in any respective fields. The packages are designed to cater for further education to higher education institutes or for their choice of career.

Guide for package choice and implementation: 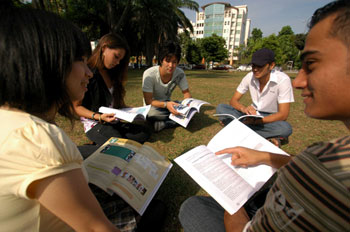 The above explained majors are the main packages offered in Government or Government-assisted schools to ensure students select combinations that are appropriate for them to pursue in their respective fields. This step is also in line to achieve the aim of 60% students majoring in science & technology and 40% of students in social science for the new millennium. This however doesn't mean that students cannot take other subjects outside their packages. For example in the Language group of those outside the KBSM scope, students are free to select their choice of subjects, based on the SPM Open Certification system.

Choice of Package and Area of Study

In principle, all the packages can be offered to all schools. However, in this context, the schools are encouraged to only offer packages according to the school's capability. Here are a few proposed offers based on schools’ capabilities: 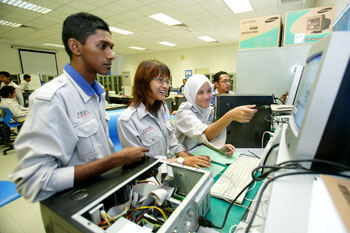 For candidates taking the SPM for the first time

The SPM certificate will only be awarded if the candidate has achieved a pass grade in Bahasa Melayu. The grading system has been changed dramatically than the previous certification, with the certification now having no aggregates and grades. The achievement of each subject is reported in the certificate as follows:

Is the SPM Open Certification System different than the present SPM system?
The SPM based upon the new Open Certification System still remains as the main national examination, centrally administered and taken by students at the end of secondary school. The certificate is presented based upon merit of a particular subject and not upon the previous grouping regulations. The certificate does not specify the overall grading in the examination but it only specifies the achievement of passed subjects only.

Who can take the SPM Open Certification?
The SPM Open Certification is offered to all students who have completed their secondary education, or have followed five or six years of primary education and completed 5 years of secondary education or at least having finished two years of upper secondary after completing the PMR (Penilaian Menengah Rendah).
The SPM is offered to all Form 5 students of Government-Sponsored schools and also to students of private institutions where Bahasa Melayu is the medium of instruction. This examination is also open to private candidates.

What is the objective of the SPM Open Certification System?
The main objective is for subject certification. It records the achievements of students / candidates in all passed subjects only with the condition of a minimum pass in Bahasa Melayu. SPM is used as entry requirement to institutions of higher learning based upon the subject combination in SPM, which is appropriate to the course that they wish to pursue. SPM is also used as a requirement to obtain scholarships and for career needs. 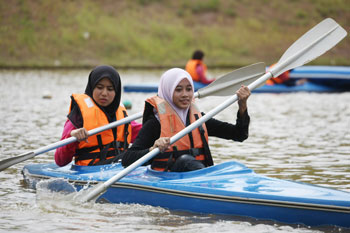 List of Elective Subjects for the SPM Open Certifications