TARCian to Represent Country at International Stage of Tax Competition

by StudyMalaysia.com on September 6, 2022 | Top Stories

Another TARCian of Tunku Abdul Rahman University College (TAR UC) stands a chance to be crowned Champion in the Ernst & Young Young Tax Professional of the Year (EY YTPY) 2022 after Vincent Lui Kok Leong emerged the Champion of the EY YTPY at national level. Vincent will be competing with other national champions of the competition from other countries across the globe in January next year. In addition to Vincent’s win, another TAR UC student, Tan Wei-Hoong emerged as the First Runner-up in the national level competition. As the Champion, Vincent took home a cash prize worth RM8,000 while Wei-Hoong won RM6,000

Citing the competition’s case studies as challenging, Vincent who is currently pursuing his Bachelor of Commerce (Hons) said: “The case studies were very complex as they not only require tax related solutions but the solutions must also be practical to implement in a real case scenario. This requires in-depth knowledge on both local and international tax as well as current practices and trends in the industries. Then there is also the pressure to present in front of judges from EY Partners and Inland Revenue Board of Malaysia. The thought of presenting in front of industry leaders is quite daunting but this also excites me to do well as I know one of my key strengths is in presenting my facts and thoughts to others.”

Despite these challenges, Vincent remained confident and was focused on winning the top spot. “I took part in this competition in 2021 but I did not make it to the final round. I took this as a lesson and motivation to do better and decided to give myself another shot at the Champion title and I succeeded. I also must say that I had a lot of encouragement from my friends, senior course mates and lecturers. One of my seniors, Carlos Wong who also won the Champion title at national level in 2018 was a great help to me in answering my questions and giving me moral support. I will also never forget the meaningful message I received from my lecturer before my final presentation to the judges which reminded me not to look back but to keep moving forward because there can only be one Champion and why can’t that Champion be me. I am very grateful for that timely motivation which definitely boosted my confidence before I faced the judges,” Vincent shared.

First Runner-up winner, Tan Wei-Hoong is also pursuing his Bachelor of Commerce (Hons) at TAR UC. For him, the biggest challenge was also presenting in front of the panel of judges. “Presenting on stage is still a big challenge for me but instead of dealing with that fear, I put myself through a lot of practice by presenting in front of my lecturer in preparation for the competition. In addition, the case studies were quite tough to answer but this is where I appreciate what I am learning in my degree programme as I have learnt how to understand the context and also to think critically in producing workable and creative solutions,” he explained. 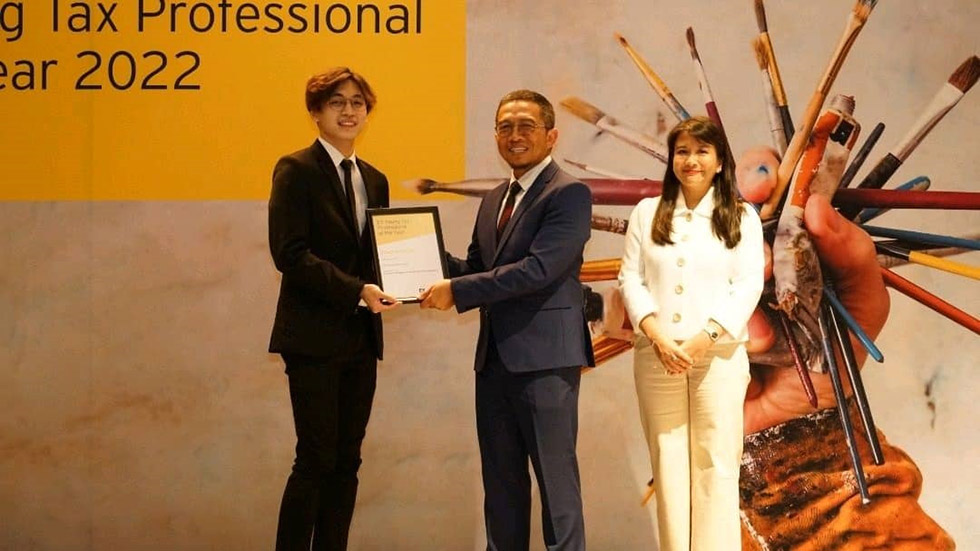 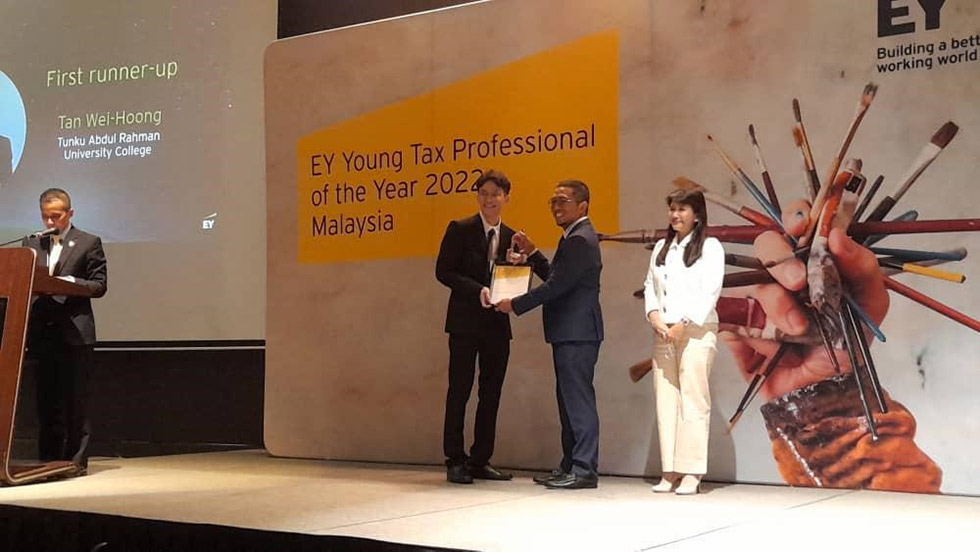 Tunku Abdul Rahman University College (‘TAR UC’), formerly known as TAR College, is a premier institution of higher learning in Malaysia with a sterling track record of excellence. Its brand is synonymous with Beyond Education which focuses on developing competencies and values within the students in addition to imparting academic knowledge and skills to lead them to a fulfilling life and career. TAR UC, a SETARA 5-Star rated University College (2018/2019), is recognised locally and internationally among the academic fraternity and professional bodies, and has educated more than 270,000 graduates, many of whom are the eminent leaders in various industries.