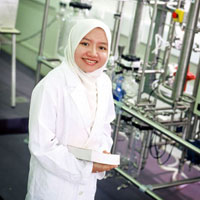 Both public and private universities play equally important roles in the provision of higher education in Malaysia. Together, the public and private sectors provide abundant study options. Universiites offer programmes leading to the award of certificates, diplomas, bachelor's degrees as well as postgraduate qualifications.

Universities in Malaysia can be grouped into four major categories: